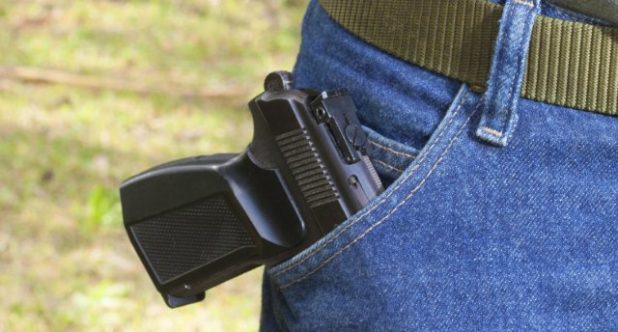 An unlicensed gun owner in Indiana is recovering in a hospital after accidentally shooting himself in the penis.
Mark Anthony Jones, 46, told police in Marion that he was taking a morning walk when the Hi-Point 9mm handgun he was carrying in his waistband “began to slip,” according to The Smoking Gun.
Jones told police that when he “reached down to adjust” the unholstered gun, it discharged, shooting a bullet that “entered just above his penis and exited his scrotum,” according to a Marion Police Department news release posted on Facebook:

The release notes that Jones doesn’t have a license to carry a handgun in Indiana.
Investigators have forwarded the case to the Grant County prosecuting attorney, who will determine if Jones will face any criminal charges for the self-inflicted wound.