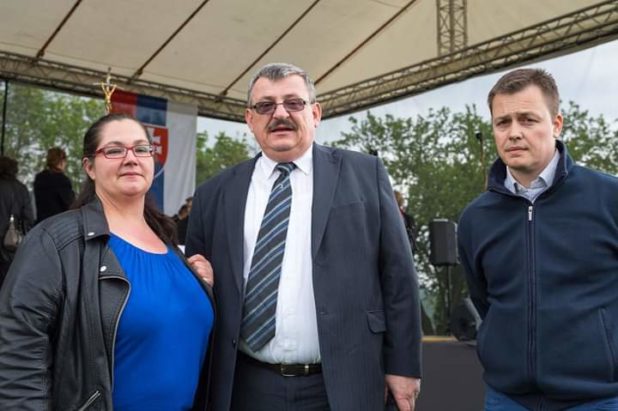 His wife and two children died in the Ethiopian Airlines Boeing 737-8 MAX crash.
”I announce with deep sadness that my beloved wife Blanka, my son Martin and my daughter Michala died in the air disaster in Addis Ababa today, in the morning hours. Who knew them, pay them quiet tribute.”

The accident happened six minutes after take-off fromBole Airport in Addis Ababa headed Nairobi’s JKIA. All passengers and crew on board died.

Slovak MP loses wife, two children in Ethiopian Airlines plane crash
Transport CS James Macharia said there were nationals from 35 countries on board.
The plane is said to have lost contact near Bishoftu.
AFP reported that there was a massive crater at the crash site, with belongings and airplane parts scattered.
Prime Minister Abiy Ahmed in a tweet said, “deepest condolences to the families of those that have lost their loved ones”.
The cause of the disaster is still unclear.

Devastated family members of the victims involved in a plane crash at Addis Ababa international airport.

The airline, however, said the pilot had reported difficulties.
Ethiopian Airlines CEO Tewolde Gebremariam addressed the media at Bole airport, where he said “At this stage, we cannot rule out anything”.
Records indicate the aircraft was new – it was delivered to Ethiopian Airlines in November last year.