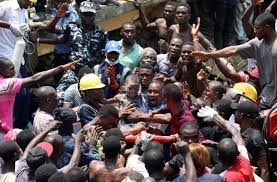 Yet another building collapse has struck Nigeria after a three-storey building collapsed in Lagos.
The last, very memorable one was several years ago when one of T.B Joshua’s churches collapsed, leading to over 100 deaths.
The collapse today, in Ita Faji on Lagos Island, is far less deadly but no less troubling. According to reports, the building is an apartment which also had a school on it, which was in session at the time of the collapse. 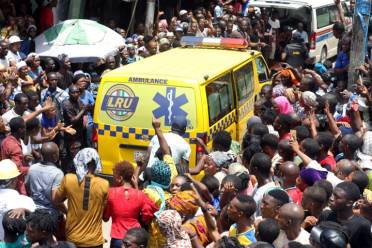 BBC reports that at least eight children have been confirmed dead at this time with many more trapped in the rubble. Rescue work is currently ongoing to attempt and limit the casualties from the tragedy. 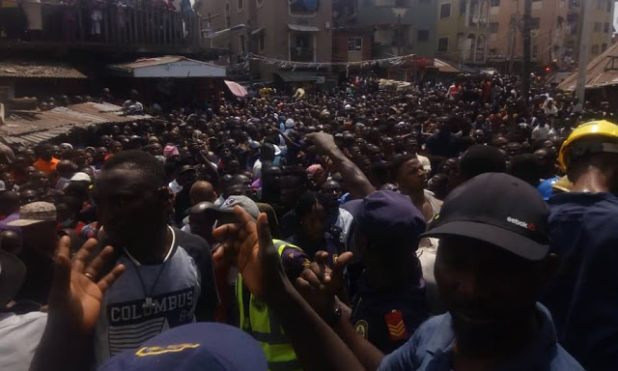 Parents of the school children have crowded the scene looking for their kids, whilst some have gone to nearby hospitals to check if they can find them.
The head of Nigeria’s National Emergency Management Agency, Ibrahim Farinloye, said the collapse occurred at around 9am today (Wednesday). 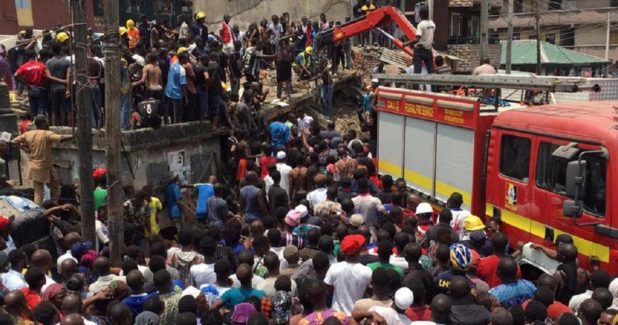 “It is believed that many people including children are currently trapped in the building,” he said.
It’s not immediately clear what caused the collapse of the building.