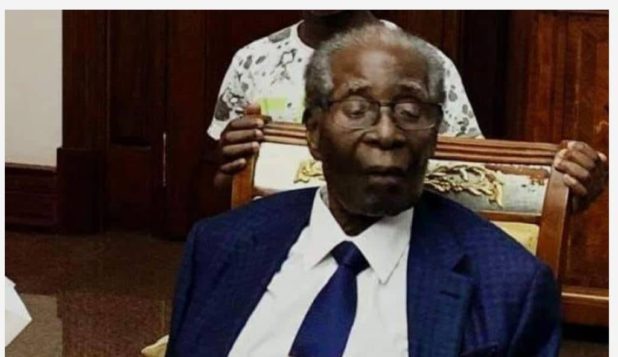 “President Robert Mugabe has died, he passed on at 00.03 am today at a private hospital in Singapore”…this is one of the press tales that punctuated the last days of Bob’s regime.

The press killed Mugabe several times making him a top victim of media killings in Africa, south of the Sahara.

A victim of various death hoaxes Mugabe is quoted by the press on Sep 4, 2016 saying:

“Yes, I was dead, it’s true I was dead. I resurrected as I always do. Once I get back to my country I am real,”

The press has also been on the height of peddling prophecies that predicted the death date of the elder statesman.

Below are some of the prophecies on Mugabe’s death that people are still waiting for.

It is exactly two days before a controversial prophet’s predicted President Robert Mugabe’s date of death.

The Zimbabwe mail October 15 2017
Nigerian Founder and Senior Pastor of the Omega Fire Ministry Apostle Johnson Suleman, has reportedly prophesied that the former president of Zimbabwe Robert Mugabe (93) will die this year.

According to vanguard press, the prophet was speaking during the crossover service which was held at OFM Headquarters in Auchi Edo State Nigeria where he released 50 shocking prophecies for the year 2018.

Byonews 2 January 2018
It is shocking that after all these prophecies and after so many people of his age have departed from this planet, Mugabe is still alive and he himself prophesied that he will reach the age of hundred…see video below

“Mugabe dead” prophecies appear to have died a natural death since the day when General Chiwenga rolled army tanks into Harare on 14 November, 2017, to signal the end of Mugabe’s reign.