An Air France A380 plane carrying more than 500 passengers from Abidjan, Ivory Coast, to Paris was on Sunday forced to turn back mid-flight following an engine failure. 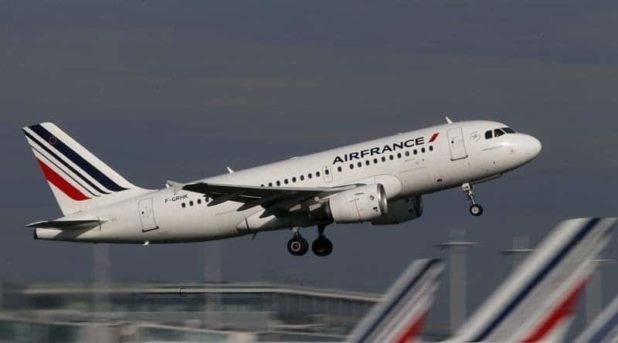 According to Agence France-Presse (AFP), Air France-KLM manager for West Africa Jean-Luc Mevellec confirmed the incident saying “it is what is called an engine blow-out.”

“It happens from time to time. It is a well-known phenomenon, well understood and crew are well trained on simulators all year long to deal with this time of fault,” Mr. Mevellec told AFP.
Also speaking to AFP, Baudelaire Mieu, a journalist with Bloomberg News, said: “We were flying over Niger (to Paris)… I saw a ball of flame for a few seconds and then a large bang on the left side of the aircraft.

“The plane began to roll, everything was shaking and people started to panic. The pilot came on and said ‘We have just lost a left side engine. We are returning to Abidjan.”