Black Stars forward, Jordan Ayew, has scored twice for Crystal Palace in their 3-0 win over English lower-tier side, Charlton Athletic, in a Premier League preparatory match on Saturday.

The Eagles’ top scorer last season opened the scoring in the sixty-third minute after tapping in a powerful cross from Ivorian international, Wilfred Zaha.

The Crystal Palace player of the season got his second by finishing from a tight angle when he was teed up by Palace’s captain, Andros Townsend in the sixty-seventh minute.

Wilfred Zaha added the third as the Londoners completed the rout over the League One campaigners.

He was however replaced in the eighty-third minute by young English forward, John-Kymani Gordon.

The Black Stars striker will be hoping to continue from where he left off when the season starts on September 12.

Countryman Jeffrey Schlupp was also in action for the Premier League Side. He was subbed in immediately after the break and lasted the entire second half.

18-year-old English-born Ghanaian, Malachi Boateng, was also on the bench for Crystal Palace.

Previous One dead, 6 in critical condition in gory accident on Apam-Winneba road
Next Diana Hamilton wins Gospel Artiste of the Year two times in a row 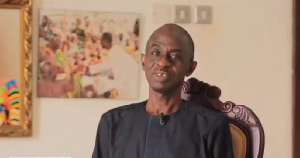