Lionel Messi has told Barcelona that he wants to LEAVE the club this summer and he’ll now terminate his contract at Camp Nou.

Messi has an agreement in his Barca deal which allows him to cut short his contract at the end of each season, and he has informed club chiefs of his intention to trigger this clause.

The LaLiga giants confirmed to the Associated Press that Messi sent them a document expressing his desire to leave on Tuesday afternoon.

Messi is alleged made his decision after meeting with the new Barcelona head coach, Ronald Koeman, who succeeded Quique Setien in the Camp Nou dugout earlier this month.

Barca chiefs are now set to hold an emergency meeting, with club officials believing the termination clause in Messi’s contract has expired.

He had to inform Barcelona of his decision to terminate his contract before the end of May, but Messi’s camp feel the deadline should be the end of August given coronavirus caused the entire football season to be suspended and its ending delayed.

If the May deadline is upheld, this would result in Messi still having a £630million (€700m) release clause which would have to be triggered for any club to sign him.

Manchester City have held a long-term interest in Messi and Pep Guardiola will move to reunite with the Argentine if he becomes available, while Man United are reported to have opened talks over his signing earlier today.

Elsewhere, Inter Milan teased the arrival of Messi last month, while alternate options include a transfer to MLS or perhaps a move to boyhood club Newell’s Old Boys in his homeland.

Messi’s decision to quit Barcelona comes shortly after their stunning Champions League exit at the hands of Bayern Munich.

The eventual European champions thrashed Barca 8-2 in Portugal, spelling the end of Setien’s reign as head coach and compounding the Catalans’ poor season which also saw them lose out on the LaLiga title to El Clasico rivals Real Madrid.

“Imagine if he did come to the Premier League, say a club like Manchester City, which is the obvious link because of Guardiola.

“With all the investment at City and the club want to turn into a global brand, who better than someone who had got hundreds of millions of fans all around the world?

“It would do it instantly. All of a sudden Manchester City would have fans all over the world.

“For one of the new money clubs like City, it takes a long time to build that fanbase.

“So you could see there would be an interest, and that’s aside from the fact he’s also the most magical footballer I think we’ve ever seen.” 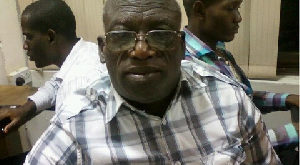 PREMIER LEAGUE TO COMMENCE IN NOVEMBER