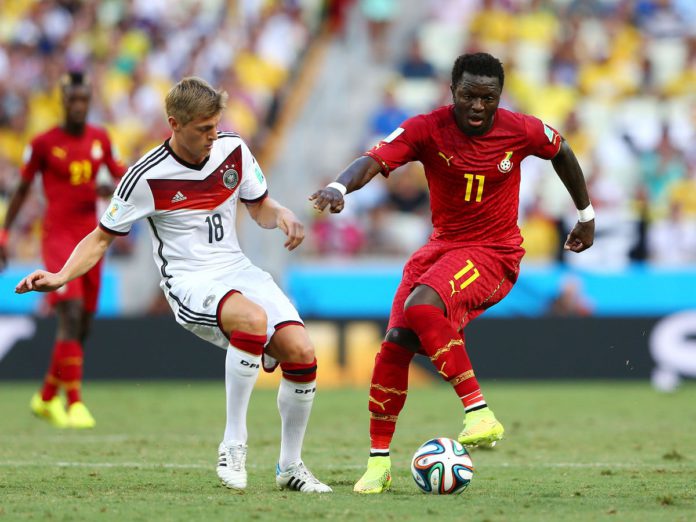 Former Ghana and Inter Milan midfielder Sulley Muntari has announced his retirement from professional football at the age of 38.

Muntari, who earned 80 caps for the Black Stars and scored 20 goals, has been without a club since leaving Ghana Premier League side, Hearts of Oak in the summer.

He began his career at local side, Liberty Professionals before joining Serie A club, Udinese where he played for five years.

“I just did a few months with the local side [Hearts of Oak]. My son wanted me to play. I didn’t play for almost three years, then my son decided to ask me to go and play. I did that, but now I’m done,” Muntari said to Sky Sports on Monday.

It is unclear what the former Sunderland man will do after hanging his boots. He is currently in the camp of the Black Stars at the ongoing 2022 World Cup in Qatar.