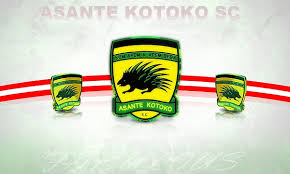 The Confederation of African Football has communicated to Asante Kotoko a fine of $9,000 after their exit from the confederation cup.

The Porcupine Warriors ended their continental campaign in CAF’s second-tier competition after losing their last match by two goals to one against Zambian giants Zesco United at away.

The chief executive officer of Kumasi Asante Kotoko Mr. George Amoako has confirm today in an interview wuth Kumasi base Nhyira FM that the Confederation of African Football (CAF) has slapped the club with a whopping fine of $9,000 on the basis of the poor state of seats at the dug-outs at the Baba Yara Sports Stadium and throwing of objects onto the pitch by the fans.

The Kumasi based team used the Baba Yara for their home matches where they hosted the likes of Nkana Red Devils, Zesco United and Al Hilal Omdurman. Reports now indicates that CAF did not like the condition of seats at dug-out of the stadium during their match against Al Hilal which they have fined the club an among of $4,000 and $5,000 for fans indiscipline by way of throwing objects onto the pitch in Kotoko’s game against Al Hilal from Sudan at the Baba Yara Sports stadium.

The said release from CAF addressed to Kotoko highlights that the state of the seats and the behaviour of the fans were not in accordance with CAF’s laws for the CAF Confederations Cup Competition. Hence the decision to fine the Ghanaian giant.