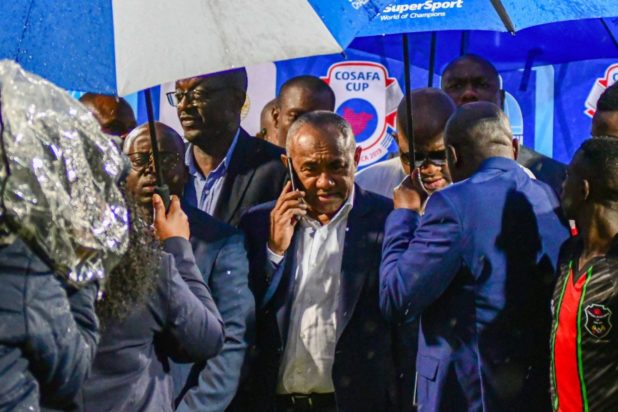 The President of the Confederation of African Football (CAF), Ahmad Ahmad was arrested on Thursday morning at a hotel in Paris, where he was staying to attend the FIFA Congress.

Ahmad Ahmad was arrested on Thursday morning around 8:30 am at the Berri Hotel in Paris, to be heard by the services of the Central Office for the fight against corruption and financial and fiscal offenses (Oclif), Jeune Afrique learned.

According to French tabloid Jeune Afrique, this inquiry is linked to the contract unilaterally terminated by CAF with the German equipment manufacturer Puma to engage with the company Technical Steel, based in La Seyne-sur-Mer.

A signing of a contract which, according to the former secretary general of the continental forum Amr Fahmy, was favored by the proximity between Ahmad Ahmad and one of the leaders of the French company, whose additional cost would reach 830 000 dollars (739 000 euros). “All decisions were made collegially” and “transparent,” defended mid-April the boss of African football.

The arrest comes as Ahmad Ahmad was in Paris to attend the FIFA Congress, which resulted in the re-election of President Gianni Infantino.

On Wednesday night, CAF made the decision to replay the final return of the African Champions League , after the controversial interruption of the match for a problem related to video assistance to arbitration.

A lively controversy ensued, Tunisians Esperance Sports Tunis, declared winners but de facto de facto fourth title in their history, having announced their intention to apply to the Court of Arbitration for Sport (CAS).

Previous Hot Video : Young Man Gives School Girl just GH¢2 After B0nking her with so Many Styles
Next Husband stabs wife multiple times for refusing to give him money to pay a prostitute