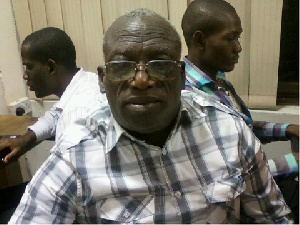 A member of Ghana’s contingent in Turkey for the friendly games against Mali and Qatar has been quarantined after testing positive for Coronavirus according to reports.

It is highly unlikely that Jones Abu Alhassan, a management committee member of the Black Stars will depart with the rest of the entourage after he was declared a coronavirus patient following tests carried in the team’s camp.

Asempa FM reports that he has been quarantined and undergoing treatment in the country.

Andre Ayew bagged a brace while Caleb Ekuban, Samuel Owusu and Tarique Fosu scored the other three as the four-time Africa champions humiliated the Asian giants.

The Black Stars had earlier lost 3-0 to Mali in Akonnor’s first match as coach of the side.

The two matches form part of preparations for Ghana’s game AFCON qualifier against Sudan next month.

The games will inform Akonnor’s selection for the double header against Sudan with defender Tarique Fosu set (to) retain his place in the team after impressing in both matches.

The Black Stars are leaders of Group C with six points. The 2-0 and 1-0 victories came in matches against South Africa and Sao Tome respectively.