Asante Kotoko have ended their interest in signing three players from AshantiGold.
The Porcupine Warriors wrote to their regional rivals wanting to sign midfielder James Akaminko and strike duo Richard Dodji and Shafiu Mumuni for their Africa campaign. 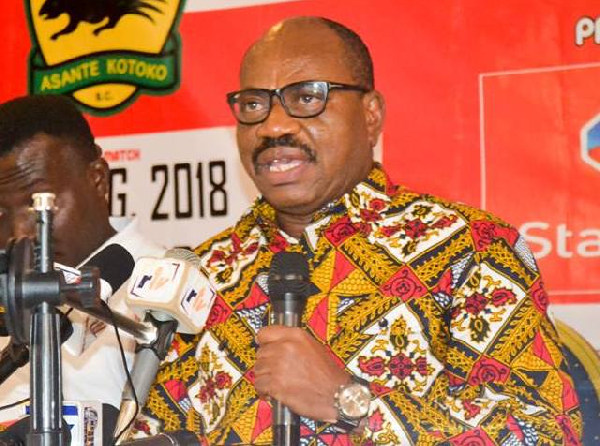 But Kotoko CEO George Amoako says AshantiGold have been unprofessional in their approach and says they are no longer interested.
”We approached Ashantigold for the services of some of their players. I sent a formal letter to the club’s CEO but I haven’t received any formal response from him,” revealed on Asempa FM.

”However, I want to make it clear here and now that I have abandoned my request for the Ashgold’s players.”

Previous 10 miners killed in DEADLY blast at Gbani in Upper East Region
Next My daughter lied, she is not 17 – Actress Yaa Jackson’s father reveals