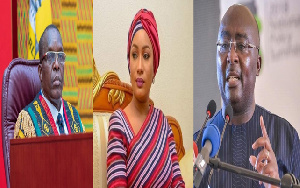 As President Nana Addo Dankwa Akufo-Addo wrapped up his State of the Nation Address, Tuesday, social media platform Twitter, as usual, was inundated with comments about his address, with various hashtags.

One hashtag though, which managed to top the trends although it was not centered on the address was ‘Ramatu’ – a name that was chorused by voices believed to have emanated from the Minority in Parliament.

The Speaker of the House, Alban Bagbin, somewhat popularized ‘Ramatu’ during the inauguration of Nana Addo Dankwa Akufo-Addo as President of the Republic on January 7, 2021, when he introduced the Second Lady Samira Bawumia as Ramatu Bawumia.

The announcement left a lot of the audience shocked, and the Speaker sensing discomfort and murmurings on the premises said “I don’t know if the Second Lady has done an affidavit to change her name but that is what I have here”, referring to the programme brochure.

This fan to flame unsubstantiated allegations that the Vice President Dr. Mahamudu Bawumia possibly has another wife, a claim which has not been denied by the parties involved.

Outside the chamber of Parliament, in a giant marquee mounted at the car park of the forecourt of the State House, where President Akufo-Addo delivered his first State of the Nation Address of his second term, the Speaker in accordance with Standing Order 58, conveyed to the President, the gratitude of the House and said a formal communication will be forwarded to the Office of the President after the House has thoroughly debated the address.

Having said this, the Speaker acknowledged some dignitaries present. At the mention of Samira Ramadan Bawumia as the spouse of the Vice President, a section of the gathering begun to chorus “we want Ramatu”, eliciting a humorous response from the Speaker who said he does not know who is Ramatu.

“Honorable members, I don’t know which of you has a girlfriend called Ramatu but we don’t have any dignitary here called Ramatu,” Bagbin said.

Below are a few social media reactions: 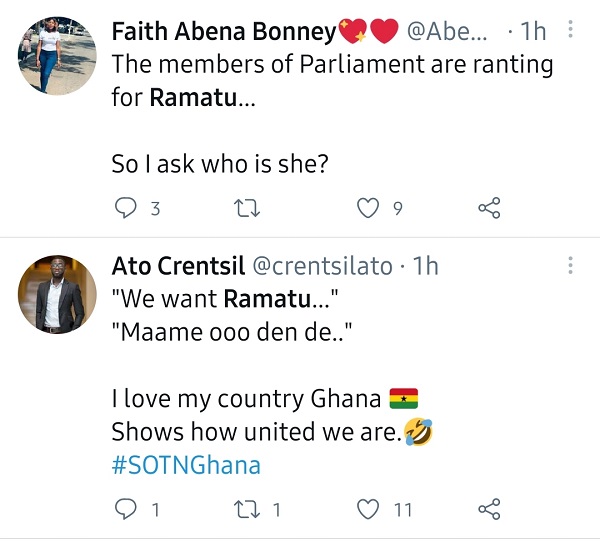 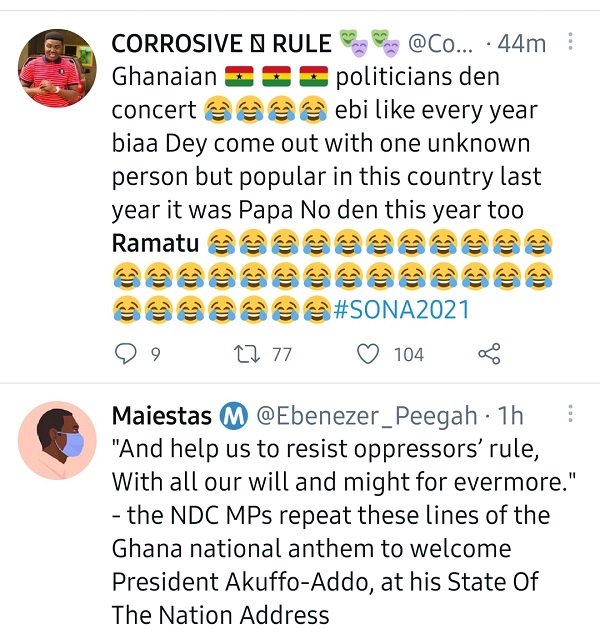 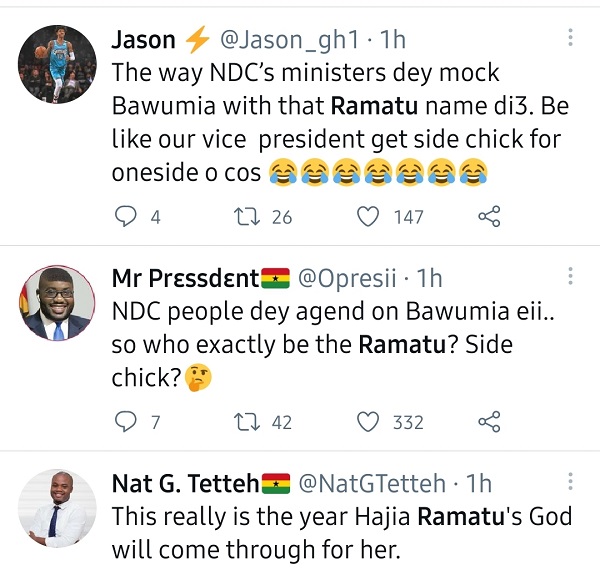 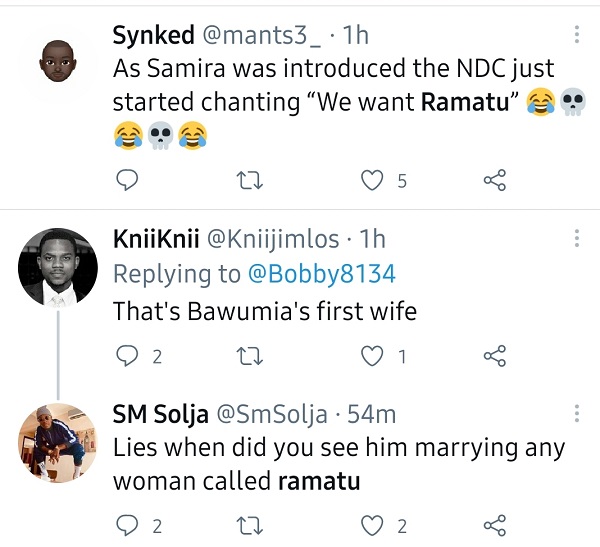