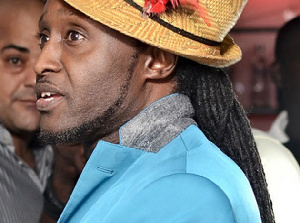 Hiplife grandpapa Reggie Rockstone and his wife Zilla Limann, both alumni of the Achimota School have announced that they would not be available for anything relating to the institution.

It comes on the back of the controversies surrounding the refusal of the school to admit three students who have dreadlocks.

The music legend says he feels very emotional as an old student of the school to comment on the impasse.

Reggie’s wife, Zilla Limann who is also an old student of Achimota stressed that “Motown is now no-town.”

Meanwhile, Political Scientist Dr Richard Amoako Baah says the Rastafarian students should comply with the directive of Achimota school and cut their dreadlocks if they want an education in the school.

The admission standoff between parents of the students with the dreadlocks and Achimota school is still raging as the school insist they cannot be admitted until they cut off the hair. The Ghana Education Service has reversed an earlier directive asking the authorities of Achimota school to admit the students.

Teacher unions in the country have backed the decision of the GES and Achimota.

Commenting on the development, Dr Amoako Baah said the school cannot be compelled to admit the students.

“If the school insists that he has to cut it off, he has to cut it off. We make girls cut their hair and there’s a purpose for it. It’s not a matter of going there to do what you want. White people’s hair is not like our hair. We shouldn’t talk about it because we want to win points. If he wants education, he should forget the hair. That’s it, very simple,” he told Francis Abban on the Morning Starr.

Speaking to Francis Abban on the Morning Starr Tuesday, the General Secretary of GNAT Thomas Musa said the school cannot make exceptions for the Rastafarians.

“There are rules governing things happening in schools and we should be mindful that anytime anyone has a challenge, they should come forward with evidence. The school has a dress code. In those days we had Achimota sandals and irrespective of where you’re coming from you’re supposed to wear them. So long as you’re entering that environment, you don’t go and practice what you think, feel or believe”.