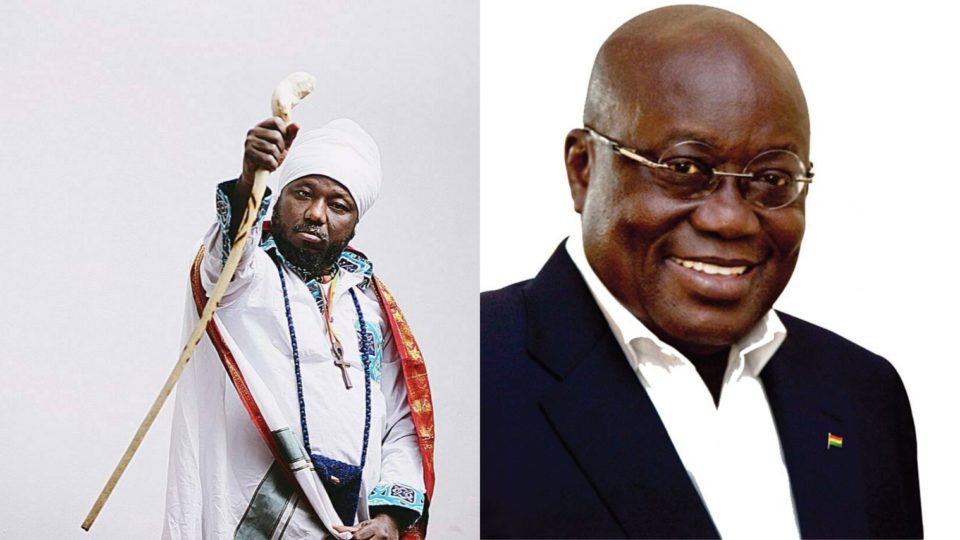 Award winning Raggae Drive time host, Blakk Rasta has described the Nana Addo and the NPP administration as a talking but doing nothing government.

The hard talk and Zylofon Drive Time Host Blakk Rasta in his recent interview on 3 Fm with the host, Blakk Kobby in his assessment of the ruling government said he is yet to see what Nana Addo has done.

“HE (NANA ADDO) IS A TALKING GOVERNMENT BUT DOING NOTHING,” HE STATED.

He continued to described the Nana Addo’s government as having no pulse and insensitive to the welfare of Ghanaians.

Blakk Rasta further referred to the Nana Addo and his government as old men who have eaten their cakes already and advised Ghanaians not to consider nor allow them to be president in the country because they are bad decision makers.

“NANA ADDO AND HIS GOVERNMENT HAVE COME TO PROVE ONE THING, THAT THEY ARE NOT GOOD DECISION MAKERS,” HE SAID.

“THEIR GENERATION IS GONE. THEY SHOULD SIT BACK AND ADVISE THE YOUTH. THEY HAVE FAILED THE GENERATION. IT’S TIME FOR THIS GENERATION TO TAKE OVER THE REIGNS OF THIS COUNTRY,” BLAKK RASTA EXCLAIMED.

He has however not let out the erstwhile John Mahama administration. He pointed to the Mahama led administration as full of corruption and when given the opportunity, he won’t vote for him either.

He explained that Timbuktu is the city of learning and if we are going there by road then it means we are taking our time to go there gradually to make it happen.

“AS A HISTORIAN, I LOVE IT WHEN I HAVE TO DO SOMETHING FOR AFRICA, AS A PAN-AFRICANIST, THIS IS MY TURN, IT IS “TIMBUKTU BY ROAD,” HE ADDED.