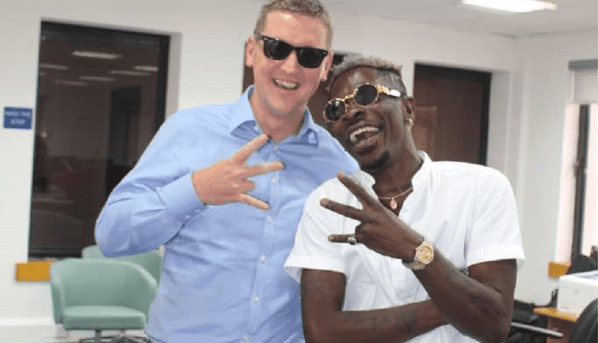 MyNewsGh.com has confirmed that the British High commissioner to Ghana, Iain Walker was among the first  batch of dignitaries to have fled the Fantasy Dome at the International Trade Fair Centre at the wake of Sunday’s dawn confusion.

It would be recalled that violence characterized the 20th edition of the Ghana Music Awards (VGMA) resulting in a free for all fight on the main podium coupled with the brandishing of a gun by one of the aggrieved parties.

Broadcast Journalist, Kwami Sefa Kayi who emceed the event revealed that the chaotic scenes believed to have been orchestrated by self-acclaimed Ghanaian Dancehall King, happened in the presence of Ministers of State, British High commissioner to Ghana and other high-profile personalities who were seen fleeing for their lives.
On Accra-based Adom Fm on Monday monitored by MyNewsGh.com, the renowned broadcaster confirmed that Iain Walker was among the first to have vacated the venue.

“Oh yes, he was among those who first left the venue when the whole confusion started. He fled sharp. When the incident happened, the police cordoned off the area and I saw the British High Commissioner sneak out”, he revealed.
He described the incident as a national disgrace which has taken the shine out of the whole event which was meant to celebrate musicians and their contributions to the Creative Arts Industry.

“The programme was streaming live on DSTV and I think we have embarrassed ourselves so much considering the after effect where the discussions are now centered only on the violence and not the rationale which sparked the violence”, he added.

Previous Private BECE results released
Next The 2 awards left; 1 belongs to Stonebwoy and the other for Shatta Wale respectively – Kwame Sefa-Kayi reveals