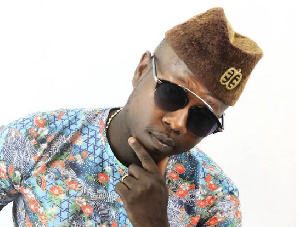 This comes after the rapper could not secure a nomination in the 2021 edition of the award scheme that celebrates musicians and players in the music industry.

In a post shared on Facebook, he indicated that he’s focused and not willing to come back to Ghana because his hard work is not recognized by the industry.

He, however, indicated that he will continue to do music for his fans who believe in his craft.

“It’s 2021 and VGMA is still fake, but still we move and they say I should come bk home. To what? The bias industry? I do this for my fans who recognise Quality. Thanks for supporting. Let’s keep pushing to the World,” Flowking Stone‘s post read.

Nominees for the 2021 edition of the Vodafone Ghana Music Awards were announced on Saturday, April 3, 2021, as a prelude to the awards show which is the biggest music festival in the country. 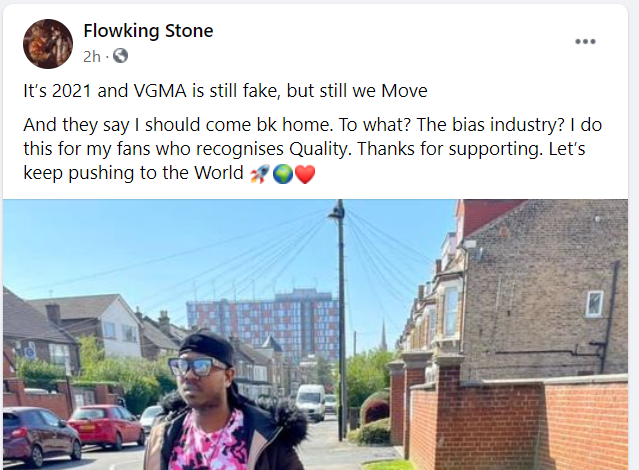