Cecilia Marfo Sued By Partner, After Finding Out She’s A ‘Fake Prophetess’

Gospel musician Cecilia Marfo has finally been sued by her business partner after she failed to return all the things she had in her possession that was acquired by her partner.
According to what we have gathered, the said man who has been the main sponsor of the Gospel musician recently decided to part ways with Cecilia after he realized she wasn’t a true prophetess and therefore wants to withdraw his support from her.

Looks like both parties have not been able to resolve their differences making her business partner to sue her.

In the writ which has already been served to Cecilia Marfo, Mr. Bright who happens to be the director of Lincoln Maya Limited is praying the court to help him get back the parcel of land he bought for Cecilia Marfo for the propagation of the work of God, when she was still under her management.

According to him, he wants the court also help him to take back what is rightfully for his after many attempts to take back the land which is located at the Afiadenyigba-Afienya enclave from Cecilia Marfo proved futile.

Mr. Bright through his legal team also seeks to take all other properties, which include a generator, a car and other things he gave the gospel musician when they were partners. 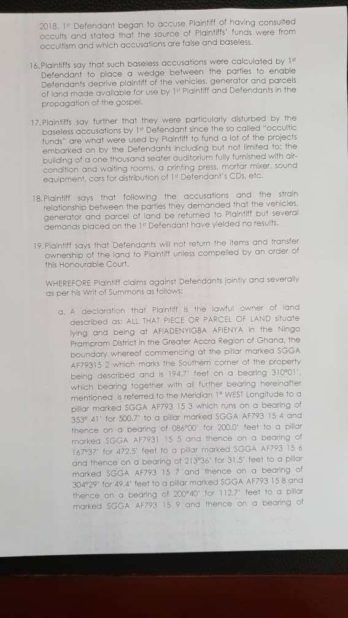 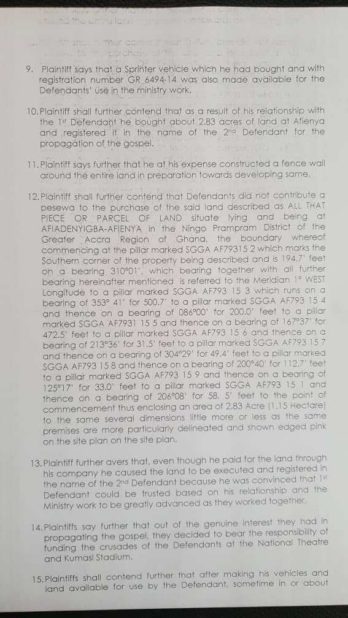 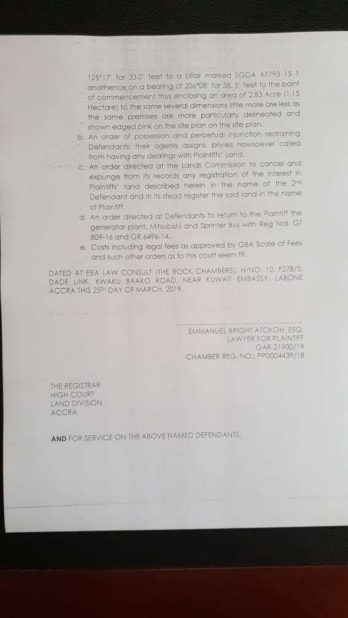 Cecilia Marfo is yet to speak on the matter.