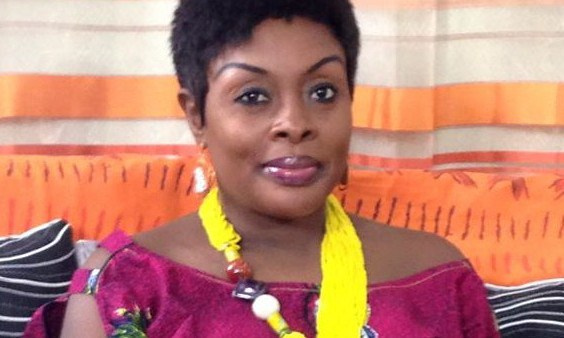 Veteran musician, Akosua Agyapong and her family were forced to flee their home Tuesday evening over death threats.

According to her, around 2:30 pm, her house-help alerted her about an inscription on her wall at Kasoa Tuba which read “I will kill Akosua Agyapong; she will die this evening.”

The distraught veteran musician said she quickly reported the matter to the Tuba Police where she was advised not to sleep in the house.

What was even more frightening, the musician said, was when she discovered the bolts and nuts on her car had been tampered with.

Speaking on Adom FM‘s Dwaso Nsem show, Wednesday, she revealed that her personal assistant also received a call and the person threatened to silence them.

Though she does not suspect anyone, she believes her issues with the Ghana Music Rights Organisation might have triggered the death threats.