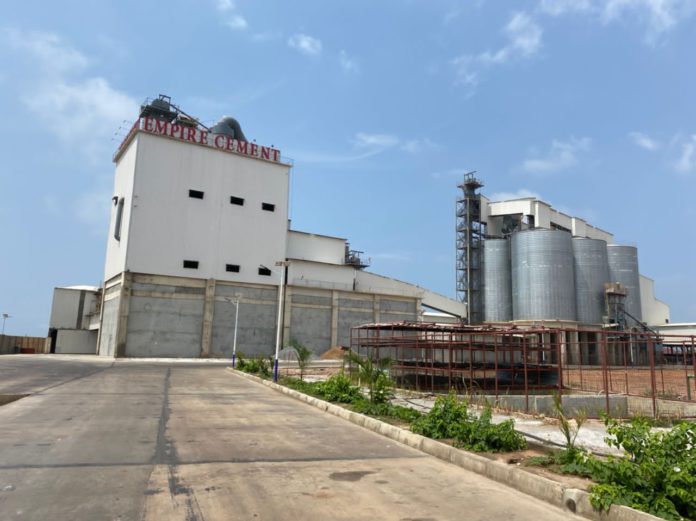 The Municipal Chief Executive (MCE) of Weija-Gbawe in the Greater Accra Region, Patrick Kwesi Brako Kumor, has lauded the operations of the Empire Cement Factory within the area.

The MCE has noted with joy that the presence of the factory would go a long way to support government’s efforts in creating jobs for the teeming youth of the area and the country at large.

“We believe that when the Empire Cement Factory is operating it would help reduce the high unemployment rate within the municipality and Ghana as a whole,” he said when he received relief items worth thousands of cedis from the company for victims of the recent flooding in the area.

Some of the items donated by the factory were bags of rice, bags of sugar, bags of cement, boxes of milk, gallons of cooking oil, and bags of water among other items.

Mr Kumor was optimistic the items would go a long way to add up to what the Government has already pumped into the Community after the sudden incident which rendered many people homeless in the area.

The MCE underscored the need for other organisations, individuals, and non-governmental Organisations (NGOs) to emulate the Empire Cement Factory’s gesture.

On his part, the Chief Executive Officer (CEO) of the Empire Cement Factory, Nana Pbokomatta IX said “we set up in the Weija community and it is very important that we assist them at the point of need.”

The CEO said the gesture forms part of the company’s monthly GHC10,000 fund created for the community in terms of emergencies.

Nana Obokomatta IX assured that the management of the factory would continue to embark on numerous activities for the benefit of community members within the area it is operating.