Deputy Information Minister, Pius Hadzide says government is ready to pay the price of the visa sanctions slapped on Ghana by the United States of America, over claims it is not cooperating on the deportation of some Ghanaians from the US. 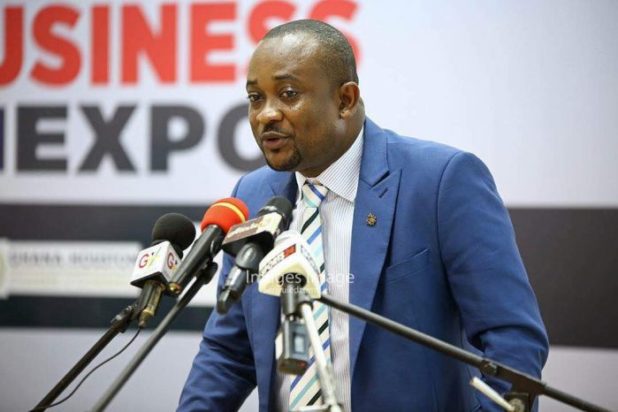 “The attitude of this government is that if we have to pay a certain price as servants of the state to ensure that Ghanaians everywhere in the world are accorded the respect needed [we will],” he said on The Big Issue.
So far, the US government has directed it’s consulate in Ghana to apply visa sanctions to certain group of Ghanaians.
The sanctions are targetted at government personnel and workers tied to Parliament.
The sanctions will begin with the cessation of the issuance of non-immigrant visas to domestic employees of Ghanaian diplomats posted in the US.
There will also be limits on the validity period and number of entries on new tourists and business visas for all Ghanaian executive and legislative branch employees to one-month, single-entry visas.
But Mr. Hadzide insists that the government will not be cowed by the sanctions from the US.
“We have a case and we are going to advocate that case and we are not going to be intimidated because we may be a small country. We may be a small country, but we are a small country of determined people who know our way about and who know what our rights are.”
Mr. Hadzide also stressed that “it is important that the American authorities sit at the table with Ghanaian counterparts for us to resolve this matter.”
Ghana must be assertive
Also on the show, a lawyer with the National Democratic Congress, Nii Kpakpo Samoah Addo said it is important that Ghana stands its ground.
“We need to also assert the fact that our citizens deserve proper consular treatment when they are in other countries.”

“That must not deny those they have detained the right to have their days in court to be processed properly and for the government of Ghana to be satisfied that she/he have been given every opportunity,” Mr. Addo added.
Concerns over due process
The Ghana government has had concerns over the verification of the purported Ghanaians earmarked for verification.
These concerns were reiterated in the government’s official response to the sanctions, which said they were disappointing and unjustified.
Ghana has said the US is not providing enough documentation to show that the intended deportees were indeed Ghanaian.
The statement also highlighted concerns with the ill-treatment of Ghanaian citizens deported to Ghana from US.
There were reports that a batch of deportees in 2017 were handcuffed and forced aboard the plane to Ghana, but the US Embassy denied that any inhumane treatment took place.
–
By: citinewsroom.com | Ghana

Previous VIDEO: Kumawood actress Yaa Jackson DISGRACED on live radio over meaning of ‘CRS’
Next Akufo-Addo leaves Accra for a 3-nation visit to US, SA and Ethiopia