Flagbearer of the National Democratic Congress, John Dramani Mahama has called on President Akufo-Addo to let his belief in the “Anas principle” show by sanctioning officials of his party who were captured in a recent “galamsey” expose’. 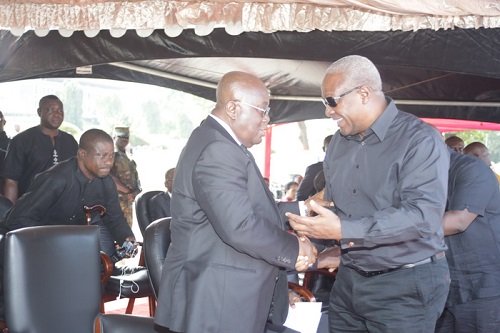 The former president has accused the president and its apparatchiks of distracting the nation’s attention from the video which has been showing some television channels in the country.

Mr Mahama has therefore called on the President to sanction the people who were seen indulging in acts of malfeasance and receiving money to engage in illicit activities.

He [the President] should let his belief in the “Anas principle” show by taking action [because] action speaks louder than words,” he noted.

“And while you are at it, let me respectfully inform you, sir, that Anas and his team have never felt more persecuted and threatened for the work that they do, than under your administration,” Mr Mahama noted in his Facebook post.
A video making rounds on social media and WhatsApp messaging app show then-candidate Akufo-Addo promising to use investigative journalist, Anas’ “principle” to deal with corruption.

In the said video, the President said he would deploy a number of measures including the “Anas Principle” to “unearth” corruption.
“The measures are going to be difficult but there has to be a variety of them including what I consider the Anas ‘Principle’. Setting up highly motivated professional groups of young people who will work as, if you like, [as it were] undercover to unearth examples of corruption wherever they can find them and thereby allow the authorities to deal with the issue,” Mr Akufo-Addo promised.
The investigative exposé by Tiger Eye PI about officials at the Presidency aiding illegal small scale mining, popularly known as “galamsey“, in Ghana, is an example of what the president who was then a candidate described in the attached video as the Anas principle.”

Following the exposé, Secretary to the Inter-Ministerial Committee on Illegal Mining (IMCIM), Charles Cromwell Nanabanyin Onuawonto Bissue who was captured on video allegedly taking a bribe has voluntarily decided to step aside for investigations to be conducted into the allegations against him but has denied any wrongdoing.
According to Anas, Mr Bissue took a GHS35, 000 bribe to help a make-believe mining firm ORR Resource Enterprise, circumvent all the necessary protocols pertaining to small-scale mining following the lifting of the ban imposed on such mining by the government. 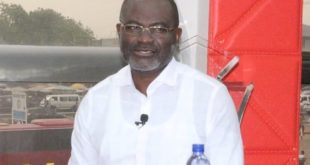