The slaps have made Sam George popular than John Mahama – Wontumi

Election-related violence has been seriously condemned by the Ashanti Regional Chairman of the New Patriotic Party, Mr. Bernard Antwi-Boasiako. 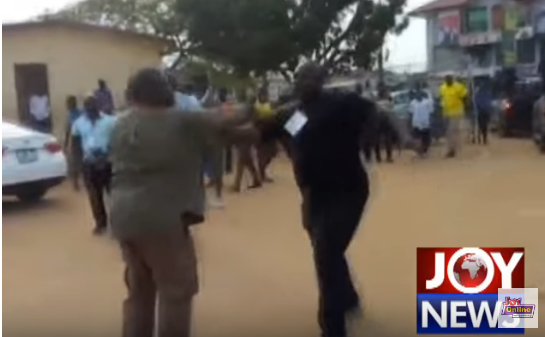 He, however, believes the slaps received by the Member of Parliament for Ningo-Prampram, Hon. Sam George, during the Ayawaso West Wugon by-election, has made him more popular in the National Democratic Congress than any candidate vying to be their presidential candidate.

“Sam George is currently popular than John Mahama and all other candidates vying for the position of flag bearer for the NDC. If I were in his shoes, I would take advantage of the situation and declare an intent to contest to lead the NDC in 2020.

The slap has really elevated him in the NDC and the party should really consider him for the position of a flagbearer. NDC and Sam George shouldn’t let this chance slide under the carpet”, Mr. Bernard Antwi-Boasiako, popularly known as Chairman Wontumi, advised.

Few weeks ago, Sam George was assaulted during the confusion at the La Bawaleshie Presby school polling station. The NDC MP alleged members of the NPP’s Invincible Forces dressed up as National Security officials attacked him and fired several shots at him.

After the incident, he accused the NPP of unleashing vigilantes on him but the NPP, responded by denying the accusations levelled against them.

However, Chairman Wontumi, advised Sam George to relaunch his political career by requesting to be the flagbearer of the NDC since he is more popular than former President Mahama.

Previous Audio: Koku praises Mosquito; ready to serve him
Next My constituents planning to KILL me to pave way for a by-election — NDC MP cries