There has been no official statement from the Presidency as critics say the documentary makes the President complicit in the menace of party militias despite his vows to stamp them out. 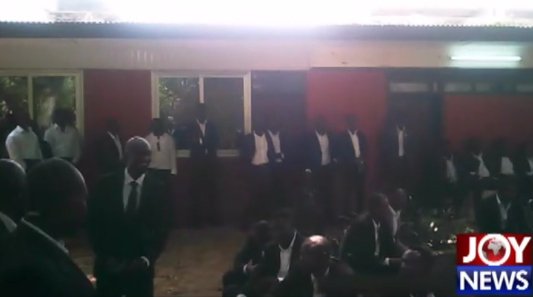 Government has moved to clear out a party militia group that has been training at the Christiansbourg Castle, an extension of the seat of government.
This followed a Joy News exposé done by award-wining journalist, Manasseh Azure Awuni, which showed the group has been using the security zone for training since the Akufo-Addo government was sworn in.

The group is led by Nana Wireko Addo alias ‘Choman’, the former personal bodyguard of President Nana Akufo-Addo and was described in 2012 as a “vigilante group” in a pro-government newspaper Daily Guide.
One of the leaders of the group, Fraser Owireku Kegya told TV3 in 2018 that the group had a membership of more than 5000 across the country, mainly made up of NPP youth who believed in the policies and governance of President Nana Akufo-Addo. 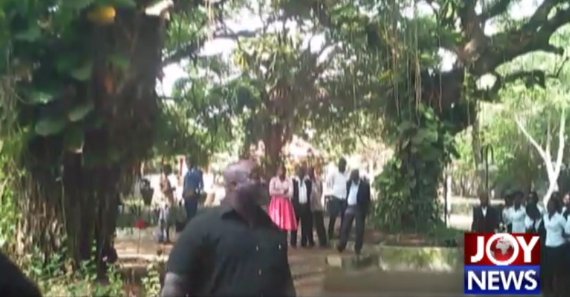 On its website, De-Eye Group says it is a private security company.
However, JoyNews checks with the Interior Ministry has revealed that the group has not applied for a license and has not been given one. This is an offence, according to private legal practitioner.
The documentary raises questions about the government’s touted commitment to fighting the menace of party militias, a scourge on the Akufo-Addo administration. 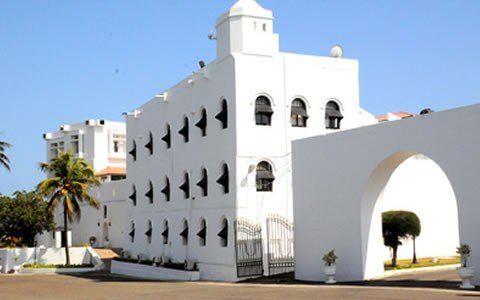 Criticism has been widespread on social media as government faces pressure to explain the existence, operations of the group and the state support it has been receiving.

Less than 24 hours after broadcasting the documentary across some Multimedia platforms,  officials from the Jubilee House have moved to close down the offices of the group located inside the Osu Castle in Accra.
The officials went there with soldiers and ordered De-Eye members there to leave the premises. Their offices have also been locked, according to JoyNews sources at the Castle. About 400 members of the group are stationed at the Osu Castle.

There has been no official statement from the Presidency as critics say the documentary makes the President complicit in the menace of party militias despite his vows to stamp them out.
When JoyNews contacted the office of the president before airing the story, the Communications Director at the Office of the President, Eugene Arhin, said the President knew nothing about the operations of the group. He also said his checks with the National Security Secretariat had revealed no such group operated from the Castle.
It is not unclear how the government will respond now that there’s evidence in the JoyNews investigation that the group operated from there.