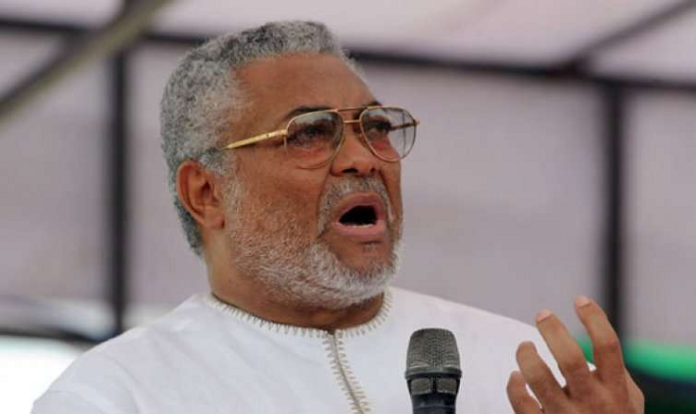 The Office of Jerry John Rawlings has disassociated the former president from a virtual audio flyer suggesting he has commented on France’s relationship with its former colonies as well as ECOWAS and ECO.

“It is the fabrication of a faceless, mischievous and devious character,” the former president’s office said in a statement on Monday.

“We urge all who have come into contact with the flyer and its impersonation of the voice of the former President, to totally disregard any connection to him.”

The audio flyers with the images of the former President have since gone viral on social media.

by;brightwebtv/nana asare barimah On the back of Captain Smart’s alleged removal on air over …