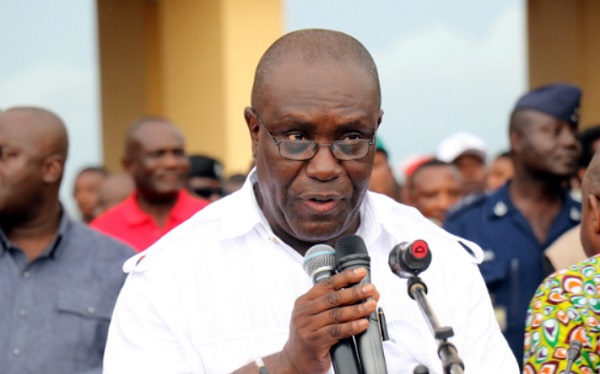 Trade Union Congress has called on the government to establish a Commission made up of experts from various fields to advise on public sector salaries for all jobholders in the public sector.

TUC Secretary-General, Dr Yaw Baah, said the purpose of the Commission was to ensure fairness in the salary structure for public sector workers, stressing that the current system of remuneration in the public sector favoured some categories of office holders in the public service as stated in Article 71 of the Constitution.

Dr Baah said this on Monday in Accra at a press conference for organized labour on the minimum wage and base pay negotiations.

Negotiations for the 2021 and 2022 National Daily Minimum Wage and Base Pay for Public sector workers determined by the Public Service Joint Standing Negotiating Committee was increased by 4 per cent for 2021 and 7 per cent for 2022.

Dr Baah explained that the Union agreed on the 4 per cent for 2021 and 7 per cent for 2022 because the evidence available indicated that further increases might lead to redundancy in the public service due to the COVID-19 pandemic.

He said the Union agreed with 2021 and 2022 Base Pay on the condition that government shall not declare any public sector worker redundant, not freeze employment in the public service, allow all workers to be vaccinated against COVID-19 and pay social security contributions regularly.

He assured stakeholders of the Union’s resolve to monitor the implementation of the conditions to ensure that the government heeded to the terms of reference as stated in the agreement.

He said the National Daily Minimum Wage was determined because of the needs of workers and their families, taking into account the general level of wages in the country, the cost of living, social security benefits and economic factors like levels of productivity.

The Ghana Statistical Service in collaboration with the United Nations Development Programme and the World Bank in a survey on the effects of the pandemic showed that 35.7 per cent of private businesses had to close down during the partial lockdown.

In the hotel and restaurant sectors, nearly 24 per cent of businesses closed down. As a result, 41,952 workers were laid off and about 770,124 workers had their salaries reduced as a measure to avoid redundancy.

He said the Public Financial Management Act, 2016 (Act 921) required that negotiations of public sector wages for any year were concluded in April of the preceding year.

Dr Baah said since the implementation of Single Spine Salary Structure, the Union have managed to negotiate higher increment for public sector workers in the normal times.