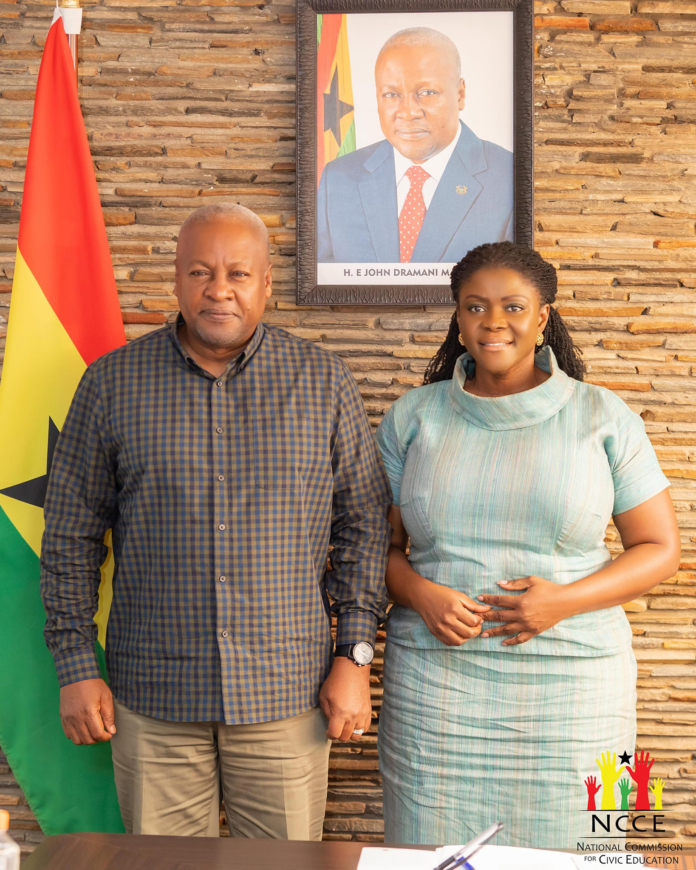 Former President John Mahama has received a delegation from the NCCE led by the Chairman, Kathleen Addy in Accra.

The visit by the NCCE forms part of series of engagements with some prominent Ghanaian personalities, especially as Madam Addy assumes the position as the new head of the Commission.

He entreated her to lead with integrity and to revive and nurture civic consciousness among Ghanaians.

The former President gave the assurance that his doors are always open to the Commission to support effective civic education in the country.

Former President Mahama used the opportunity to raise some issues of national concern and urged the NCCE to consider some of these issues in their engagements in a bid to promote nation-building and national cohesion.

Chairman of NCCE, Kathleen Addy, expressed delight about the warm reception accorded her by the former President and welcomed his suggestion to strengthen the work of the NCCE.

She said the NCCE will continue to actively engage and empower citizens including political actors to promote a civic-conscious society.

Present at the meeting were senior staffers at the office of the former President as well as Commission Members and Directors of NCCE.