The Member of Parliament (MP) for Upper West Akyem in the Eastern Region, Hon. Derek Ohene Bekoe Asifo has revealed that some persons in his constituency are planning to kill him in order to have a by-election take place for a replacement. 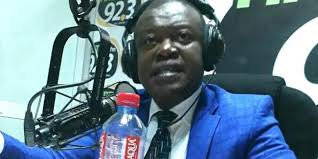 The National Democratic Congress (NDC) lawmaker on Adom FM monitored by MyNewsGh.com, revealed that the plot started over a week ago wondering why people will be this wicked and want him dead just because of politics.
He revealed that someone who was eavesdropping while the assassination plot was hatched, came to find out from him when the by-election at his constituency will come off a question that left him shock till date.

According to him, what was more shocking was how a by-election could take place when there is a sitting MP who has neither resigned nor is dead further heightening his fears over reports there are plans to have him killed.

“In this country we take things too personal. Some people will go to the extent of trying to eliminate others. I was there yesterday when someone came to me and while we were chatting, he asked when the Upper West Akyem by-election will come off. He heard this when some people met to plan and did not know he was part of the meeting to hatch that diabolic plan”, he revealed on live radio.
A frightened lawmaker observed that there are big names involved in this wicked plot who are interested in getting him off the scene to take over his seat through a by-election.

“The person walked out of the meeting but he could record the conversation. He knows them… I got the boldness to leave this to the police. If you feel you want to beat me, meet me at elections and beat me and show what you have done so they will say let us vote against Ohene Bekoe based on your track record vis-a-vis what I have also done. What is the assurance you will even win the by-election if I am killed”, he asked.