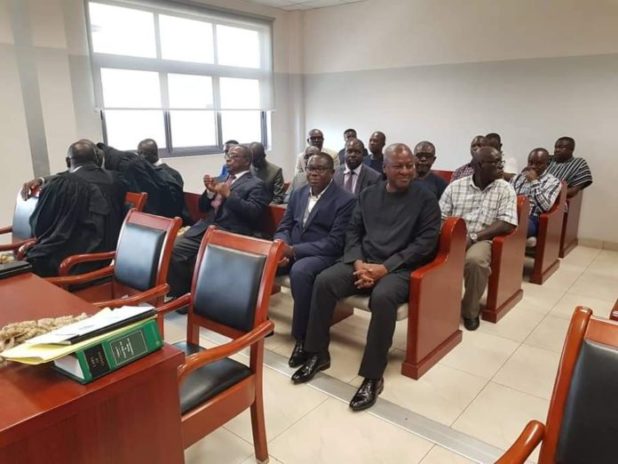 The Accra High Court hearing criminal charges brought against the National Democratic Congress (NDC’s) National Chairman Monday adjourned the case to allow defence attorneys to study the state’s evidence.
The Attorney-General’s Office filed a leaked recording of the NDC chairman’s comments that has landed him in court along with forensic analysis of the audio tape.

The National Chairman of the country’s largest opposition, Samuel Ofosu Ampofo has been charged with conspiring to assault a public officer in addition to conspiracy to cause harm.
Seen as a soft-spoken politician, he was heard talking tough in a tape that leaked in February.

While addressing party communicators, he allegedly okayed politics of insults and revealed political plans to create a sense of insecurity ahead of the 2020 elections.
He has flatly denied making the comments.
The court during the first hearing on April 15, 2019, had ordered the A-G to file her evidence by the next hearing of the case expected Monday.
Director of Public Prosecution Yvonne Attakora Obuobisa informed the court the AG’s office had by this morning complied with the directive to submit the evidence to the registry.

At the time of Monday’s hearing, the defence team for the accused was yet to receive the evidence. “They had three weeks to serve us”, Lead Counsel for Mr Ampofo, Dr. Dominic Ayine told JOYNEWS.
He said his team would have preferred an earlier submission to enable the case progress. He, however, conceded due process must be followed.
“We anticipated an adjournment”, he said.

While waiting to study the evidence, Dr. Dominic Ayine, a former deputy Attorney-General indicated his team has also filed a notice of alibi relating to the second accused person, Deputy National Communications Officer of the NDC, Kweku Boahen.
An alibi is a form of defence used in criminal proceedings where the accused attempts to prove that he or she was in some other place at the time the alleged offence was committed.
Kweku Boahen has said publicly he was not at the meeting where his National Chairman made the alleged comments. But he endorsed the comments and stressed the voice was definitely that of Samuel Ofosu Ampofo.

The defence intends to use a notice of alibi to prove that Kweku Boahen was not there when the NDC National Chairman allegedly committed his charged offence.
He, therefore, could not have been party to the alleged crime.
Outside the court, NDC supporters had massed up chanting. They sang the NDC rendition of popular song of Accra Hearts of Oak football club. “Arose, arose arose,…. be quiet and don’t be silly, we are the famous NDC, we never say die.”
They also sang the national anthem with the part ‘…and help us to resist oppressor’s rule’ receiving special emphasis. 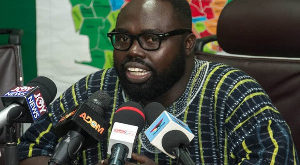 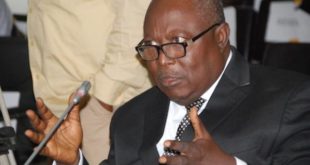