Kumasi MPs are lazy; only lording themselves over constituents – Muntaka fires salvos 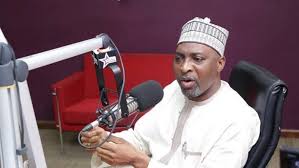 Member of Parliament (MP) for Asawase, Hon. Mohammed Muntaka Mubarak has described his colleagues in constituencies within the Kumasi metropolis and its adjoining municipalities as a lazy bunch who fail to lobby for development for their people.

He says those MPs are comforted by the belief that, the New Patriotic Party (NPP) would win any seat in the Ashanti region, “even if a dog stood on its ticket to contest for the position of a Member of Parliament”.
The Majority Chief Whip also asserts that, his colleagues, “instead of going down to serve their constituents, rather go about lording themselves over them, and in some cases, intimidate them with their security escorts”.

Speaking in an interview with Kwame Adinkra on Kumasi-based Pure FM, monitored by MyNewsGh.com, Hon. Muntaka said, “Some of them who just entered Parliament and have been privileged to become deputy ministers, move around with police escort everywhere, apart from when they are going to the toilet”.
He advised them to leave their drivers and security detail in Accra and go to their constituencies “not feeling like Oga, but ordinary people so their constituents can approach them and talk to them”.
“I can’t afford to be lazy with this work, because if I take a nap for even a second, I will lose my seat; but my colleagues feel their seats are safe so they are not pushing hard for the needed development to their various constituencies”, he noted.
It is commonplace within Kumasi that, funds for Cocoa Roads were diverted by the previous government for roads in the Asawase Constituency just to win votes.

The Asawase Constituency has arguably the most decent network of roads and street lighting in the Ashanti region, with asphalt at some of its remotest communities.
Some MPs in the region, including the Suame MP and Majority Leader, Hon. Osei Kyei Mensah have had occasions to complain and blame the previous government of discrimination in the award of contracts for the construction of roads in the Ashanti region in the eight years that it was in power.
But Hon. Mubarak Muntaka Mohammed said, the roads in his constituency would not have been constructed if I sat idle and didn’t lobby.
“If you are lazy and won’t push for development for your people, don’t blame Muntaka; you have no business being an MP if you can’t speak for your people”.
He said documents are available to prove that, contracts were awarded by the John Mahama administration for the construction of most of the degraded roads in Kumasi, “but my colleagues simply failed to follow up to ensure they were done”.
Poor roads continue to be one of the major challenges in the Kumasi Metropolis and other municipalities and districts of the Ashanti region.
Just recently, government announced a 55 million Euro facility for the construction of roads in the Kumasi metropolis.

Constructions are ongoing on some of the busy stretches, including the Tech Junction-Oforikrom Highway.