New Patriotic Party (NPP) firebrand, Kennedy Agyapong has blown the cover of a colleague lawmakers from the National Democratic Congress (NDC) who sold their houses and invested the proceeds in troubled gold dealership firm, Menzgold. 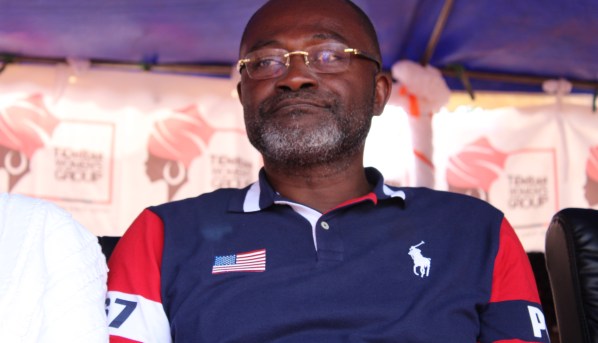 He described one of them as a greedy boy who wants to reap more and only now turning to heap blames on the administration of President Nana Addo Dankwa Akufo-Addo because things have turned bad.
Though the tough-talking lawmaker of Assin Central will not mention who these persons are, he revealed that they invested a minimum of GH¢4 million each and in some cases more.
According to him, he will be forced to mention the names of these MPs if the NDC does not stop making political mincemeat out of the whole Menzgold saga since they enjoyed the proceeds in silence.

“If they start to blame NPP and Akufo-Addo I will expose them. Even in parliament. Some greedy MP’s sold their properties, went and rented and invested in Menzgold…they got nerves to talk about Akufo-Addo? When you sold your house and you went and invested it was Akufo-Addo part of the deal? That greedy boy is now blaming Akufo-Addo…I am tempted to mention his name. I know some paid GHC4, million”, he revealed in an interview.

The maverick politician said from 2015, he saw a looming danger and warned members of the NDC against lodging their monies at certain financial institutions but they were impervious to advice which has landed them in their current troubles.
Mr Kennedy Agyapong wants President Akufo-Addo to be absolved of any blame since he is not the one who directed them to go deal with certain financial institutions including Menzgold.

Thousands of Ghanaians have had their cash locked up with Menzgold after the Securities and Exchanges Commission (SEC) directed them to halt operations until they were duly licensed to engage in some of the activities they were into.