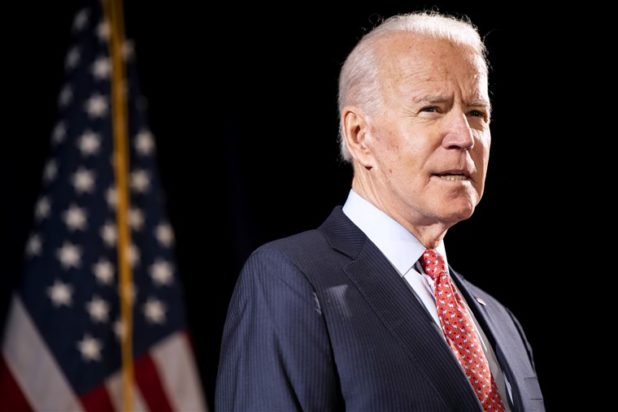 Joe Biden is preparing to name his new team of coronavirus advisers and deliver on a promise to get the pandemic under control in the US.

The president-elect’s first order of business will be trying to bring down Coronavirus cases and deaths, which have totalled more than 9.9 million and over 237,000 in the US respectively – the highest of any country in the world.

While he will not formally enter the White House until 20 January 2021, he and vice president-elect Kamala Harris have already set up a transition team to get planning under way so action begins immediately after their inauguration.

Mr. Biden has said he will also reverse a number of Donald Trump’s foreign policies, including taking the US back into the Paris climate agreement and World Health Organisation.

He will make the changes by signing executive orders within days of taking office, according to reports by NBC.

Mr. Bidenmade coronavirus a major feature of his victory speech at a drive-in rally in Delaware on Saturday night, after finally being projected to win earlier in the day.

“We cannot repair the economy, restore our vitality, or relish life’s most precious moments – hugging a grandchild, birthdays, weddings, graduations, all the moments that matter most to us – until we get this virus under control,” he said.

From Monday, he revealed a group of leading scientists and experts will be recruited to “help take the Biden-Harris COVID plan and convert it into an action blueprint”.

He pledged: “That plan will be built on a bedrock of science. It will be constructed out of compassion, empathy, and concern. I will spare no effort – or commitment – to turn this pandemic around.”

The president-elect’s website says his administration will double up drive-through testing centres, increase PPE provision and expand the Centres for Disease Control and Prevention’s monitoring of China to prevent incoming threats.

It is a markedly different tone from outgoing president Donald Trump, who is still refusing to concede the election and has been criticised for his actions and comments on COVID-19.

He caught the disease in October, following a White House event to announce the nomination of a new Supreme Court justice where most attendees sat packed together not following social distancing rules nor wearing masks.

One of Mr Trump’s top scientific advisers, Doctor Anthony Fauci, was also deeply critical of his handling of the pandemic in the run up to the election, warning the US “could not possibly be positioned more poorly”.

The head of the National Institute of Allergy and Infectious Diseases added Mr Biden “is taking it seriously from a public health perspective”, whereas Mr Trump is “looking at it from a different perspective”.

On race, the Biden administration is pledging to reform the police, including a nationwide ban on chokeholds, end racial disparities in prison sentences, and introduce a national oversight commission to improve accountability.

After signing up to the Paris accords again, Mr Biden wants to focus on investing in green agriculture and infrastructure.

And on healthcare, the Biden-Harris team wants to build on the Affordable Care Act brought in by Barack Obama, protecting it from “attacks” and attempts to dismantle it by the Republicans.

On his first day of business as president-elect, Mr Biden travelled to church on Sunday, to visit the grave of his deceased son, wife and daughter.

Meanwhile, Mr Trump returned for a second day to the golf course, and fired off more tweets promoting his unsubstantiated allegations of mass electoral fraud and ballot stuffing, insisting the election is not over.

He will swing into full battle mode on Monday though, when he has promised “our campaign will start prosecuting our case in court to ensure election laws are fully upheld and the rightful winner is seated”.

Counting is still continuing in four states – with Mr Biden ahead in Arizona and Georgia and Mr Trump in the lead in North Carolina and Alaska.

Even though the final results have yet to be declared, Mr Biden has already won the most votes for a presidential candidate in history – on at least 75 million and has at least 279 Electoral College votes.

Mr Trump is behind on 214, but has surpassed the total number of votes for him at the last election by 3 million.