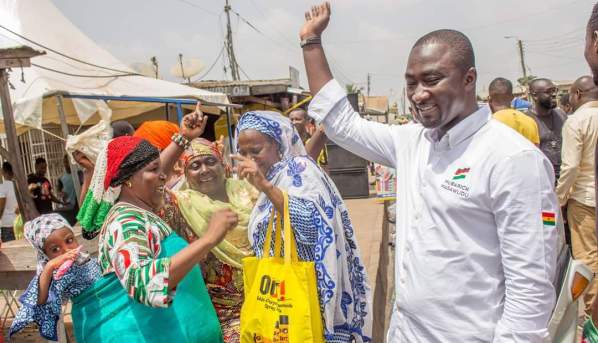 Minority Chief, Mohammed-Mubarak Muntaka should be readying himself to leave parliament in 2020 as a competitor in the Asawase Constituency has vowed to oust him at the National Democratic Congress (NDC) parliamentary primary.

Mubarick Masawudu has resolved to retire the sitting Member of Parliament(MP) for Asawase constituency despite his desire to seek reelection in the face of stiffer opposition from within his own party.

Currently, the NDC party executives and members of Asawase constituency are divided over whether or not to mandate lawmaker for the area another term

Regional Executives of the party have been accused of deliberate attempts to disqualify Mubarick Masawudu from contesting in the Asawase constituency in the upcoming parliamentary primary with threats from a section of the party to fiercely resist such a move.

Mubarick Masawudu speaking in an interview with Pure Fm’s Osei Kwadwo is however optimistic delegates in Asawase will vote massively for him in the upcoming parliamentary primary.

According to him, he will unseat and retire the member of parliament of Asawasi constituency Mohammed-Mubarak Muntaka from Parliament.

“I can see the delegates and the constituents are crying for change. I’m committed to win the seat from Muntaka Mubarak. The deliberate attempt to disqualify my candidature couldn’t work and it will not work. I will retire Muntaka from Parliament after our primaries” he vowed.

To this end, he called on supporters to refrain from politics of attacks and insults as a way of ensuring peace in the constituency prior, during and after the primary as they will need each other to forge ahead in 2020.