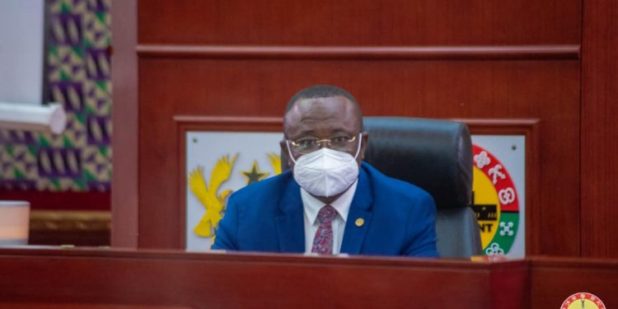 In a bid to justify ‘plus me’ decision, First Deputy Speaker of Parliament Joe Osei Owusu has left heads itching for a scratch with his claim that he is not ‘The Speaker’.

The comment was his justification for counting himself as one of the 138 members that formed the quorum to overturn the rejection of the budget by Parliament presided over by Rt. Hon Speaker of Parliament Alban Bagbin.

The Bekwai MP Joe Osei Owusu in his seminal decision on 30 November 2021 declared that there was a quorum for a vote by adding himself to the 137 New Patriotic Party MPs that gathered to approve the budget indicating 137 ‘plus me’.

After declaring the quorum, Joe Osei Owusu presided over a motion to rescind the rejection of the 2022 Budget and Financial Statement on 26 November 2022.

The decision on quorum was the basis for the supposed rescission of the 26 November 2022 decision on the budget as the Osei Kyei Mensah Bonsu led NPP caucus argued that Speaker Alban Bagbin acted unconstitutionally when he ruled to reject the 2022 Budget and Financial Statement.

Osei Kyei Mensah Bonsu who moved the motion was of the opinion that the decision was against Article 104(1) of the 1992 Constitution which he said required that 138 Members of Parliament should be present for a vote to be taken.

Having declared that the NPP MPs ‘plus me (Joe Osei Owusu)’ were quorate, he granted the motion to rescind and approve the budget after calling for voice vote.

When he was confronted over his quorum declaration today 1 December 2021 in a motion moved by the Minority Leader Haruna Iddrisu, Joe Osei Owusu took the position that he was not ‘The Speaker’ referred to in the 1992 Constitution and the Standing Orders of Parliament.

He was of the opinion that he was only a ‘Deputy Speaker’ who sits in at the pleasure of Speaker hence returned his status as MP whenever he sat as ‘Speaker’ in the absence of the Speaker.

His position was same as the one taken by the NPP caucus, which argued in defence of Joe Osei Owusu’s ‘137 plus me’ decision.   Despite attempts by MP for Bawku Central Mahama Ayariga, Bogatanga East MP Dr. Dominic Ayine and Minority Whip Muntaka Mohammed to draw his attention to the fact that he could not exercise the privileges of MP when he assumed the seat.

Previous BREAKING: Chaos erupts in Parliament as NDC MP whisks away Speaker’s seat
Next Joe Osei Owusu destooled as Speaker over ‘I am not Speaker’ comment