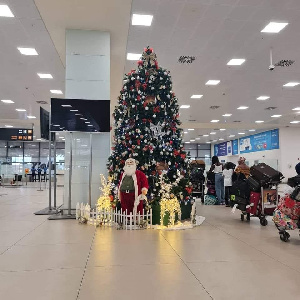 One of the Christmas trees mounted at the Kotoka International Airport

The board chairman of the Ghana Airport Company, Paul Adom-Otchere, has sought to justify the amount spent on Christmas decorations at the Kotoka International Airport for the 2021 yuletide.

The board chairman confirmed in a Facebook post that the state company indeed spent some GH¢118,000.00 on Christmas trees and decorations.

Justifying the amount as the lowest spent by the state company for the same purpose since 2006, Mr Adom-Otchere explained that the cost was incurred for the services and supplies of two entities, albeit heavily discounted.

The two suppliers, Jandel Limited and Favors Arts both earned GH¢34,000 and GH¢84,000 respectively for their services.

For Jandel Limited, the company supplied and installed 4 Christmas trees – one of which is mounted at the Terminal 3 of the airport at a total cost of GH¢34,000.

“Two separate suppliers were invited to submit bids. The bids were discussed and discounts obtained. (We are grateful to Jandel Limited and Favors and Arts) The beautiful Christmas tree standing at Terminal 3 and 3 others altogether cost GH¢34,000, which was graciously provided by Jandel Limited at a heavy discount. (We thank Jandel Limited),” Adom-Otchere wrote in his Facebook post.

In the case of Favors and Arts, the board chair said the company was paid GH¢84,000 out of which GH¢50,000 was obtained via sponsorship.

“The other inspirations were provided by Favors and Arts for a total cost of GH¢84,000 out of which GH¢50,000 was obtained via sponsorship,” he added.

The purpose of the decorations according to the board chair of GACL was “to create a festive atmosphere for passengers and their families coming into the country.”

Details of the invoice prepared by Favor and Arts in the name of the board chair as sighted by GhanaWeb indicate the company supplied and installed four Christmas Chandeliers with lights at a unit cost of GH¢21,000 each, bringing the total cost to GH¢49,000.

GACL was further billed GH¢3,500 for “Transportation/Scaffold” as well as GH¢3,000 for “Assembling/Dissembling” with the total cost for both making GH¢6,500.

This brought the entire cost for the services and supplies of both Jandel Limited and Favors Arts to GH¢124,500.00.

In his explainer on the cost incurred by the Ghana Airport Company for the decorations, Mr Adom-Otchere said “it is ridiculous for anyone to say that the invoices from these two reputable companies were issued in the name of the Board Chairman, that just means the author of such spurious allegations has insufficient acquaintance with corporate workings.”

The cost of Christmas trees and decorations procured by the Ghana Airport Company Limited for the 2021 yuletide has generated conversation with many questioning the prudence in the amount spent.

But the board chair of the state company has called on the general public to disregard allegations of imprudent expenditure describing such allegations as unfounded.

“We will like to urge the general public to disregard these unfounded allegations. The GACL has a fully operational corporate affairs department that is able to attend to all public enquiries.”

“We will like to assure the general public that we are fiercely committed to support the Hon Minister of Transport to achieve President Akufo-Addo’s vision for the airport, the vision contained in clear directions is to ‘make all Ghana airports an important symbol for our national development agenda,” he added. 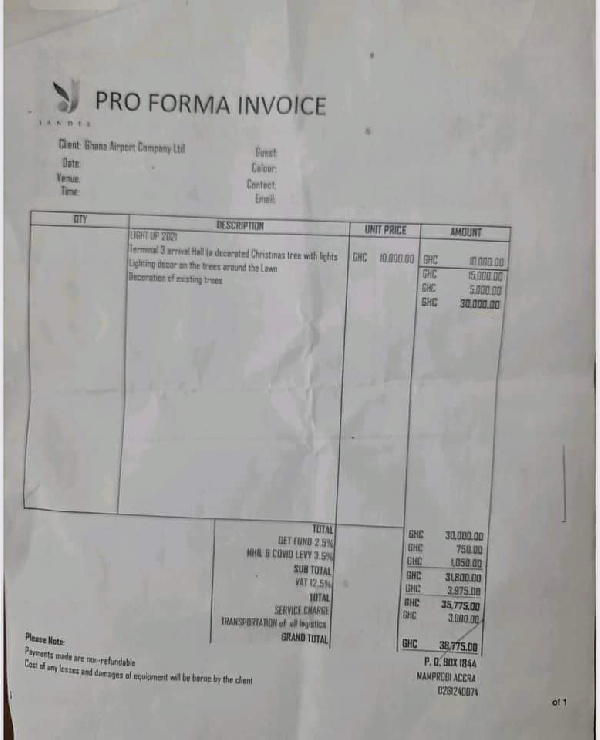 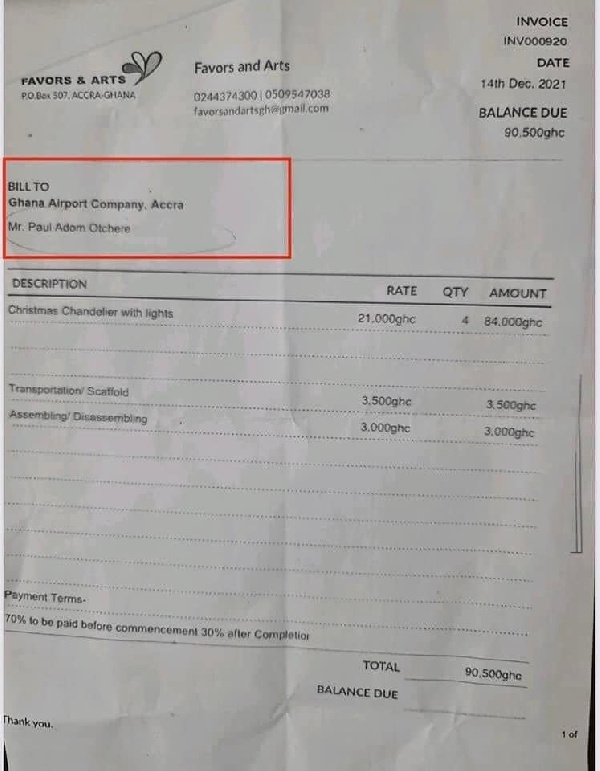 Previous NGO INAUGURATES AFRICAN MOTHER’S AND FATHER’S DAY IN GHANA
Next Video: Girl whose funeral was ongoing suddenly appear at the funeral grounds 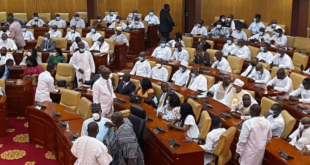