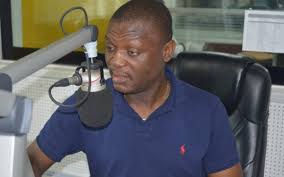 Former Organizer for the National Democratic Congress (NDC), Kofi Adams, has said the Akufo-Addo government is only filled with criminally minded people whose intentions are to destroy what others have built, ABC News Ghana can report.

“We don’t have a government in Ghana, what we have is a collection of criminally minded people. They are intentionally breaking the pots. Their intention is not to fetch the water and bring it home and along the line, maybe one pot breaks. We just have criminally minded people who can’t take the nation anywhere” he stated at the rally attended by ABC News Ghana.

The Opposition NDC, as part of its measures to win back power in the 2020 general elections, launched a door-to-door campaign operation in Accra, on May 1.

The campaign, dubbed “2020 door-to-door campaign team for John Dramani Mahama”, is to ensure that every member of the general public becomes aware of and fully understands the policies of the NDC, ahead of the 2020 general elections.

The Former Organizer stressed the need for party supporters to “rise up” in order to ensure victory for the NDC.

Speaking at the launch, Mr. Joshua Akamba, the incumbent National Organizer for the party, also advised the party leaders to pay particular attention to members at the grassroot in order to attract more people to the NDC.

He again stated that the NDC is ready to make a come-back to take the country back to where it belongs.

“…We’ll make sure to take the country back to where it belongs. The right time will come, and at the right time, NDC will strike” he added.

Despite efforts to rejuvenate its base, the NDC has struggled, particularly under John Dramani Mahama, to appeal to the Ghanaian electorate. The election of new party executives appears to have done little to remedy the situation.

Former President John Mahama suffered the worst possible electoral defeat, the first ever for any sitting President under the Republic, in the 2016 general elections. He managed to poll 44.40% as against Nana Akufo-Addo’s 53.85%