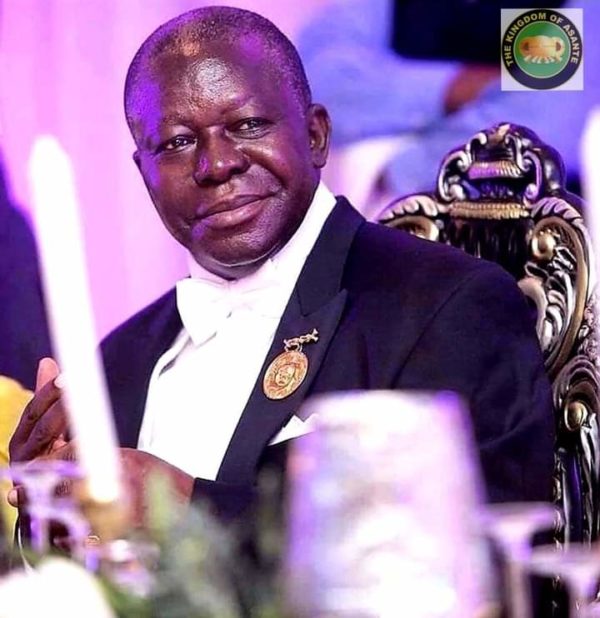 A four-member delegation from the Ministry of Lands and Natural Resources and the Minerals Commission has called on the Asantehene, Otumfou Osei Tutu II, in Kumasi to seek his support in the fight against illegal small-scale mining.
The courtesy call was also to formally invite the Asantehene to the Regional Consultative Dialogue on Small-Scale Mining, slated for Wednesday, May 12, 2021, in Kumasi and for the Ghana Green Project, which aims to plant five million trees on June 11.
The delegation, led by Mr Benito Owusu Bio, a Deputy Minister-designate for Lands and Natural Resources, said the support of the Asantehene was critical in winning the illegal mining fight.
The Ashantehene, in his remarks, underlined the importance of rallying and mobilising every stakeholder in the mining sector to fight illegal mining, especially at a time the country’s rivers and forest cover were dissipating at a faster rate.
He said the previous generations left the environment much cleaner and better and urged the current generation to leave a more secure and better environment for the future.
The Ashanti Regional Consultative Dialogue on small-Scale mining follows the National Consultative Dialogue held from April 14 to 15 in Accra.
Members of the delegation included Mr George Mireku Duker, a Deputy Minister-Designate for Lands and Natural Resources, Mr Martin Ayisi, the Acting CEO of the Minerals Commission, and Mr Kofi Adjei, the Chief Inspector of Mines at the Minerals Commission.