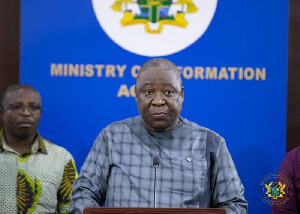 The Ghana Health Service has rendered an unqualified apology to Ghanaians over some mishaps which occurred on the official coronavirus updates website as regards the upload of some wrong coronavirus figures.

On Wednesday, May 27, 2020, some case count figures were uploaded on the official website of the Ghana Health Service but about some 15 minutes later, the updates were taken down.

As per the usual trend, this caused some uneasiness amongst a section of the public who saw the development.

Speculations of government massaging the figures to suit its policies began to grow.

But in an attempt to address the issue, Director of Public Health at the Ghana Health Service, Dr. Badu Sarkodie dispelled any such speculations that pointed to a deliberate attempt by officials to provide unrealistic figures which do not represent the actual cases on the ground.

He explained during the Minister’s press briefing, Thursday, May 28, 2020 that the mishap was a genuine mistake on the part of the IT personnel in charge of updating the site.

Dr. Badu Sarkodie said the IT person got the actual figures late at night and then proceeded to the run the updates thus the mistakes recorded in the figures.

He said; “The challenges with the website sincerely I have to render an apology. The IT man uploaded a report up there quickly he realized it. It was late in the night and these are some of the challenges we have when people work late in the night and they have to produce an output. You realize that things were a bit different from what he wanted to punch so quickly he had to pull it down and change it.”

“What we should have done immediately was not done, it was too late. He should have called some of us to advise him to put down something and apologize to the people of Ghana. This could not be done…Whatever we maintained there is the truth and nothing than that,” Dr. Badu Sarkodie added.

A shot of the wrong updates: 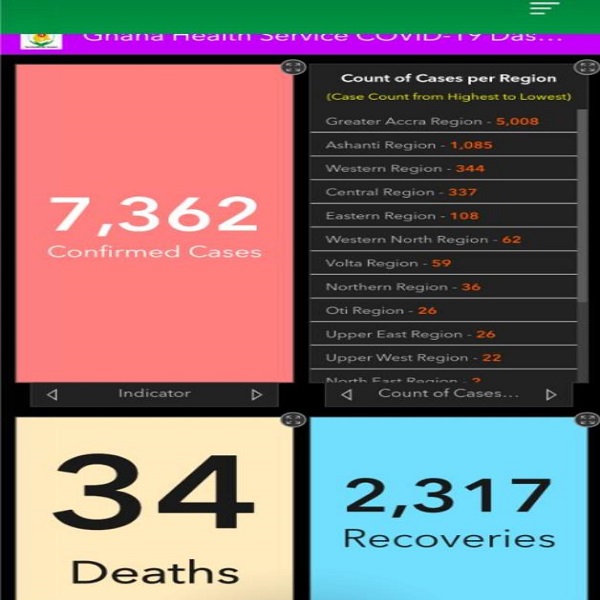