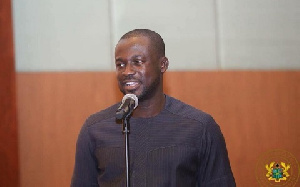 Eugene Arhin is Acting Director of Communications at the Presidency

Acting Director of Communications at the presidency has responded to the reports following a suit filed by his spouse [Gloria Assan Arhin] seeking an annulment of their marriage.

Eugene Arhin in a Facebook post shared on Thursday February 11, 2021 said his lawyers will upon receipt of the document respond accordingly to the allegations leveled against him.

“I have seen a divorce petition filed by my wife, which has been deliberately leaked all over social media obviously to achieve a certain effect. I have still not been served with these court processes, and, upon receipt, my lawyers will respond accordingly,” his post read in part.

He also denied reports of property acquisition and claims of physical abuse leveled against him as untrue.

In a writ available to GhanaWeb, Gloria Assan Arhin, spouse of Eugene Arhin has filed for divorce at the Matrimonial Division of the Accra High Court citing reasons of him inflicting emotional, physical and verbal abuse on her.

The suit filed on Wednesday February 10, 2021 claimed that during the duration of their marriage, they have jointly acquired and developed a number of properties across the country. 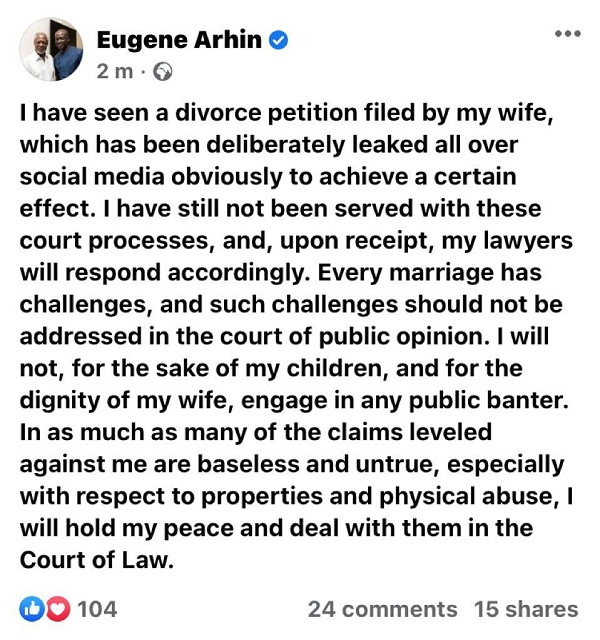