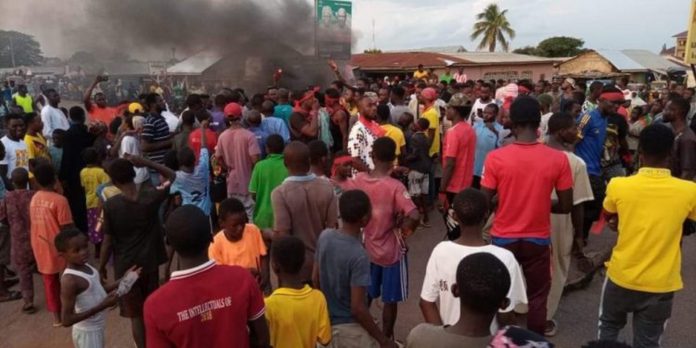 The family of Abdul Nasir Yusif, one of the victims in the Ejura shooting, expected investigations on the shooting incident to have been left to Parliament or an internal body.

According to the family head, Abdulai Abubakar, letting a committee by the Interior Ministry investigate the incident amounts to a conflict of interest.

“I want them to take the case to Parliament for them to choose a Commission or they call the international community to investigate this matter,” he said.

“The people who came in were persons in police and soldiers; who sent them? It is the Minister [Interior], do you think the Minister will defend us and leave them? They should call the international community or go to Parliament,” he said.

Sector Minister, Ambrose Dery, has announced that a committee, chaired by Justice of the Court of Appeal, George Kingsley Koomson; Security Expert, Dr Vladimir Antwi-Danso, Juliet Amoah of Penplusbytes and a Principal State Attorney, Marie Louis Simmons, serving as secretary, will look into the matter.

However, other family members believe the Committee will do a good job, irrespective of the Minister’s role as the Minister.

Abdul Ganiu, a brother of the deceased, said: “What will make us happy people is for the committee to thoroughly investigate and find the truth. We are happy the government has set up such a committee.”

Meanwhile, Mr Derry has assured the families of the victims that the committee members are distinguished individuals who will do a good job.

“This Committee, I believe, is one with prominent personalities of this country, trusted. I believe within the 10 days given the unfortunate circumstances would be investigated and appropriate recommendations made,” he said.