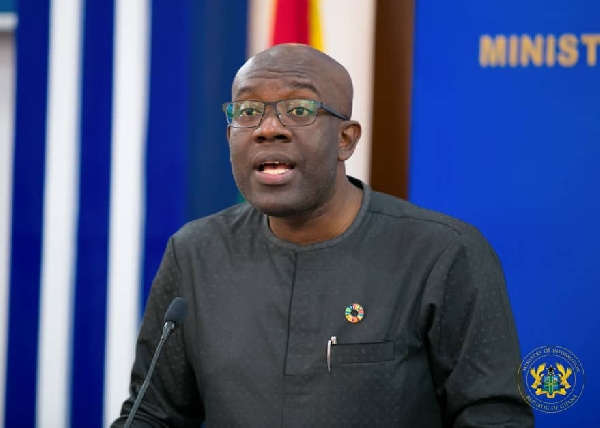 Kojo Oppong Nkrumah says the Bill is going to Parliament

Faith-based public policy research and advocacy group, Advocates for Christ Ghana (A4CG), has said the Broadcasting Bill, when passed into law, will ensure sanity in the media space.

The group, in a statement, commended stakeholders for their efforts to expedite the processes regarding the bill and to get it tabled before Parliament when it resumes sitting next month.

“Indeed, the unfortunate Kasoa ritual killing of the young boy, which was allegedly inspired by broadcast media content, has weighed heavily on the conscience of our nation and this has been a sad wake-up call to have a national conversation around the sticky issues of regulating Ghana’s vibrant fourth estate and to protect its citizens from the growing unchecked excesses of digital progress,” the statement further noted.

A4CG’s Chair, Edem Senanu, in the statement, indicated: “The broadcasting bill has seen a number of bi-partisan drafting inputs from different political administrations and while this process has galvanized political will on all sides of our political divide, passage of the law is long overdue if we are to curb the present danger of media influenced crime and chaos, which is what we are promoting, especially if the status quo of operating without a Broadcasting Act persists”.

“Clearly, a Broadcasting Act is urgently needed to take into account the technological changes and challenges occurring by day and the attendant opportunities and threats, imposed on our intellectual, cultural and moral fabric as a nation. Media ought to be safe for all and it takes a legal framework to make that happen – #Make Ghana’s Media Safe 4 all!” he added.

The group hopes that this consultative process will deliver “a robust legal framework and provide a broadcasting regime that promotes an adequate balance between access, transparency, accountability, credibility, fair competition and consumer protection”.