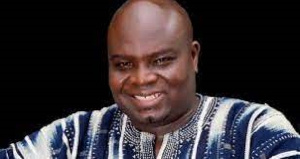 Municipal Chief Executive of Ejura Sekyeredumase Salisu Bamba has been relieved of his post, mynewsgh.com has reported.

According to the report, inside sources have confirmed that Salisu Bamba has been asked to immediately leave his office and hand over to the Ashanti Regional Minister, pending the appointment of a new MCE.

The report further notes that his sacking is part of attempted measures to de-escalate tensions following the killing of protestors by security forces on Tuesday, June 29.

Following the protest and killing of some youth at Ejura Sekyeredumase in the Ashanti Region, MCE Bamba has reportedly fled the town with his whereabouts still unknown.

Two people were shot dead by armed military personnel deployed to contain protests in the area following the death of a social media activist and #FixTheCountry campaigner Mohammed Ibrahim Kaaka.

The youth of the area were enraged after Mohammed Kaaka was attacked by a mob and died of the ensuing wounds.

His death sparked anger among the youth who accused the MCE of having a hand in his demise. Although the MCE has since denied any involvement, the youth noted that Kaaka’s activism on social media was exposing the inadequacies of Salisu Bamba.