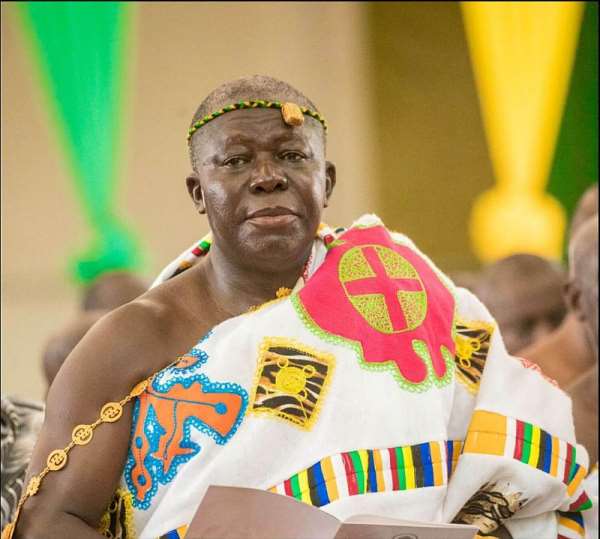 A petition has been sent to the Manhyia Palace, the seat of the Asantehene, Otumfuo Osei Tutu II to help remove the Kumasi Mayor Hon Osei Assibey Antwi from office.

The petition sighted by Modernghana News was submitted by the Market Traders Union implicating the Kumasi Metropolitan Chief Executive for alleged gross incompetence and breach of agreement.

General Secretary of the Association, Mr. Richard Boamah explained that Osei Assibey’s administration under Akufo Addo-led government has failed to provide them with temporary spaces after they were being asked to pay for new ones at the newly built Kumasi City Market.

“Prior to the construction of the new market, Boamah told listeners, our members were promised by the KMA that we will be provided with new stores when the project is completed. We were even made to pay for rents to get access to the stores, but to our dismay, the Assembly stopped the exercise, asked us to operate from our current place of business until they find an alternative place for us, but that is yet to happen.

“For us we think its been four years of incompetence, stressing, now the place has been demolished, and we are staying struggling to make earns meet, and this is affecting our livelihoods,” the spokesperson insisted, stressing that “the Mayor has failed us and we think he is part of the problem and must be removed from office without delay.”

The Kejetia market project which was started by former President John Dramani Mahama administration was built to address issues of congestion within the Central Business District of Kumasi, but there has been growing agitations among section of traders as KMA is yet to fully allocate the shops to their rightful owners.

Mr Boamah intimated that for the over 800 traders, the petition to the overlord of the Ashanti Kingdom is a step in the right direction and hoped that Asantehene by will put matters to rest.