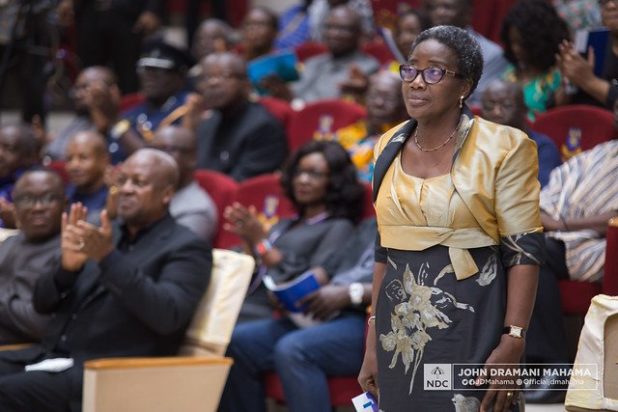 The family of the late former Vice-President, Paa Kwesi Bekoe Amissah-Arthur, has announced a $1-million initiative to help retain top professors at the Economics Department of the University of Ghana.

The initiative, dubbed the “K. B. Amissah-Arthur Chair in Economics”, will ensure the naming of a chair at the university to fund research activities and the training of a new crop of economists at the department.

Additionally, the family announced an annual award scheme for a doctor of philosophy (PhD) studies at the Economics Department to train a new generation of economists with practical solutions to national challenges.

Announcing those initiatives at the maiden economic forum held in honour of the late former Vice-President in Accra yesterday, one of his children, Mr Kwesi Nyan Amissah-Arthur, said the initiative was a major move to immortalise the economic ideologies the accomplished economist stood for in life.

The forum, which was held on the theme: “K.B Amissah-Arthur Economic Forum: Making Sense of Economics,” was attended by a galaxy of prominent persons that comprised politicians, academics, economists and members of the public.

Notable personalities at the inaugural forum were the former President, Mr John Mahama; the Minister of Finance, Mr Ken Ofori-Atta; the Special Representative of the United Nations (UN) Secretary-General and Head of UN Office in West Africa and the Sahel, Dr Mohammed Ibn Chambas, and a former Governor of the Bank of Ghana, Dr Paul Acquah.

Other prominent personalities who attended the forum were the Chairman of the National Democratic Congress (NDC), Mr Samuel Ofosu-Ampofo; a former Vice-Chancellor of the University of Ghana, Professor Ernest Aryeetey; a former Minister of Education, Professor Naana Jane Opoku Agyeman; former and current government officials and other stalwarts of the NDC.

The lecture was delivered by Prof. Charles Soludo, a former Governor of the Central Bank of Nigeria.

Mr Amissah-Arthur explained that the K.B. Amissah-Arthur Foundation that had been set up to sustain the legacy of the former Ghanaian leader had received support and pledges towards realising the $1-million fund.

“I am pleased to say that our family is at an advanced stage with the Department of Economics of the University of Ghana to perpetuate this Chair of Economics initiative.

“The intention is that this chair will be able to attract and retain top talent of professorial rank to give the occupant of that chair the ability to work towards solving economic challenges,” he said.

On the PhD award scheme, he explained that the idea was to fully fund the studies of deserving students at the Economics Department to obtain knowledge on modern ways of dealing with emerging economic challenges.

“We have already invested a certain amount of money and the proceeds will fund the award every year,” he said.

Dr Ibn Chambas described the late Amissah-Arthur as a man of integrity who stood tall in his contribution to national development in the areas of politics, academia, banking and the private sector.

He called on leaders to reflect on the life of Mr Amissah-Arthur and take sound economic policies to develop the country.

He observed that it was important for all persons to strive to leave a lasting legacy for the next generation to build on.

The Head of the Economics Department, Professor Samuel Agyei Mensah, lauded the Amissah-Arthur family for the initiatives meant to retain top professors at the department and also promote doctoral studies.

He said the time had come for more attention to be paid to initiatives that would make economists more relevant in national development.