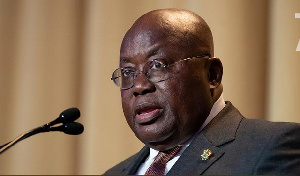 Founding President of IMANI Africa, Franklin Cudjoe, has disclosed that President Nana Addo Akufo-Addo has turned down a request by his outfit to participate in a Presidential Debate against his main contender, John Dramani Mahama.

According to Franklin Cudjoe, IMANI is yet to receive a reply from former President Mahama on a similar request made to him.

“Right here in Ghana, one major candidate has sent in his reply to IMANI’s quest for a debate- he can’t take part ‘due to pre-arranged commitments’, the President it is. But we haven’t even set a date for that big debate. We still haven’t heard from his opponent, JM,” he stated in Facebook post.

Considering the refusal of the president to participate in the debate, Franklin Cudjoe said, “So, there shall be no big debate between the two major candidates.”

He however disclosed that IMANI will host a debate between the minority political parties such as the CPP, APC, PNC and the LPG on October 15, 2020.

In January this year, there were media reports indicating that will be three presidential debates between the flagbearers of the leading political parties, the New Patriotic Party and the National Democratic Congress ahead of the December General elections.

Whiles it was widely reported that former President Mahama had already committed to participating in the debate, President Akufo-Addo was yet to make a commitment.

Over the past years, sitting presidents have always shied away from debates sighting various reasons.