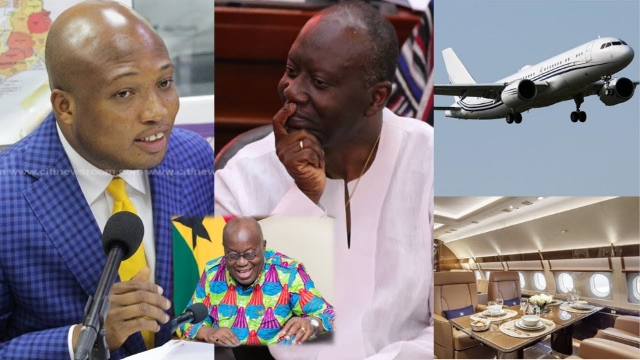 Finance Minister Ken Ofori-Atta has said President Nana Akufo-Addo’s trips are a matter of national security and, thus, any questions regarding the cost of such trips should be directed at the Ministry of National Security.

He said in line with the 2021 budget implementation instructions, “the Ministry of Finance did not release any funds to the Chief of Staff, especially for His Excellency, the President’s trip to France, Belgium, and South Africa”.

Mr Ofori-Atta was expected to give an account of how much was expended by the state on President Nana Akufo-Addo’s nine-day international trip a few weeks ago.

When he appeared in parliament in mid-June for that purpose, Mr Ofori-Atta asked the house to give him more time to gather his figures so he could account to the people of Ghana about the trip to France, Belgium and South Africa.

Defence Minister Dominic Nitiwul answered his part of the question on Wednesday, 16 June 2021 on the floor.

While answering the question, Mr Nitiwul said Ghana’s presidential jet is not fit for purpose for President Nana Akufo-Addo’s international trips, thus, the president’s resort to chartering a private jet.

The Bimbilla MP said: “This aircraft will carry a load of 11 persons minus the crew. When this aircraft is travelling to the eastern part of the USA or Asia, it will not load a crew of more than eight plus the luggage”.

“So, it depends on where it is going”, he noted.

Secondly, he added, “I have also said the aircraft has to do refuelling stops and, also, in this COVID-19 [era], when you are travelling to multiple destinations like the president’s recent travels, the Falcon couldn’t have been taken because he would have had to do technical stops, which are not desirable”.

“And when he is travelling with more than 20 people like he has been doing for business trips that brought huge sums of money to this country, he will need more than just a Falcon, otherwise, the others would have to go a day ahead before the president to prepare themselves.”

“In fact, the president would also have to go a day ahead because no president can shower in this aircraft. He cannot move from this aircraft straight into a meeting”, Mr Nitiwul said.

A few weeks ago, Mr Ablakwa accused the president of spending GHS 2.8 million on the trip.

In the heat of the controversy, the Minority in Parliament said President Akufo-Addo could have used Ghana’s “airworthy” presidential jet, Falcon 9Gexe, instead of chartering the £15,000-per-hour “lavish, ostentatious and extravagant” AJC320neo flight he recently used for his 9-day trip abroad that cumulatively cost the Ghanaian taxpayer £345,000 (GHS2,828,432.80).

“Today, we want to present to you further evidence that we are definitely certain that the presidential jet is available, in good shape”, Mr Ablakwa told journalists on Friday, 28 May 2021.

According to him, on 11 May 2021 – five days ahead of his 9-day trip – the president used the presidential jet to Uganda to attend the ceremony swearing-in of President-elect Yoweri Museveni.

“The Minority insists that the Falcon could have been used”, Mr Ablakwa stressed.

“One, the Falcon is airworthy and it took this same president to Uganda only a few days prior to the 16th of May when the president departed to Paris with this rather luxurious monster; the most outstanding, extravagant, luxurious airbus aircraft to be manufactured – the Airbus AJC320neo, which originally was manufactured to take 150 people at the minimum but it has been reconfigured to take only 17 people so a luxurious empire can be created”, he said.

In the Minority’s view, instead of the president using the chartered flight, which has a master bedroom, an en-suite bathroom with showers, dining facilities for all 17 passengers and sophisticated IT connectivity installations, he could have opted for other chartered flights from the same company, Acropolis Aviation.

“First of all, our contention is that the Falcon is available”, he stressed, emphasising: “It’s airworthy”.

“How do you think these western leaders will perceive African leaders? No wonder they have very little respect for a lot of our leaders but we cannot continue this way”, Mr Ablakwa said. 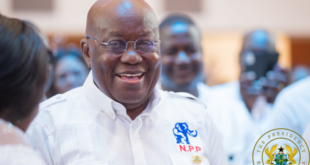 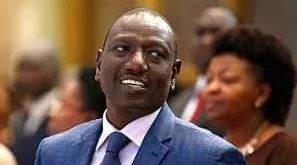 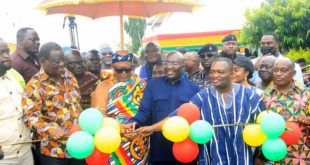 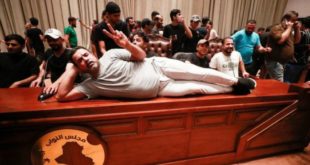 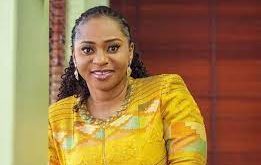 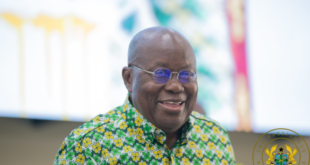 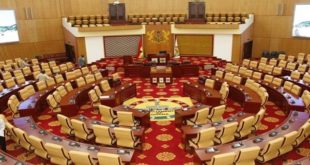 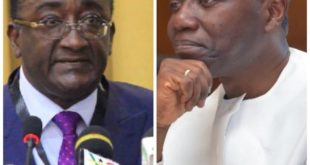 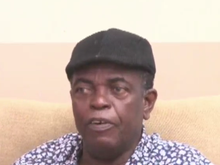 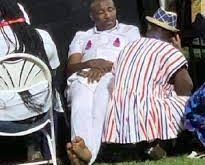