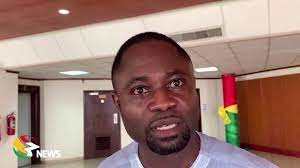 The Member of Parliament  for Juaboso Hon. Kwabena Mintah Akandoh  has pleaded with the government to immediately raise funds to address the concerns of cocoa  farmers in the country.

Some Cocoa farmers at Aboso in Juaboso Constituency in the Western North Region have lamented over non-payment of their cocoa produce.

The farmers allege that over the last six months, they have not received a penny from government, a situation they say has worsened their plight as they are unable to fend for their families.

According to Akandoh in an interview with OTEC News said, he was hopeful that funds were going to be released to sort the farmers out “but unfortunately, as I speak to you now, the situation is even worse.”

“The unfortunate aspect that I recall vividly is that immediately after engaging the press, the majority led by Afenyo Markins also engaged the same press and debunked it strongly that what we were saying was not the truth.

He apprised that every cocoa season, “the COCOBOD or the government comes to Parliament for a loan and the 2020/21 cocoa season, Parliament approved about ¢1.2 billion for the purchase of cocoa beans.”

The MP, however, suspects that the funds meant for the payment of the cocoa produce were invested in securing the second term for President Akufo-Addo.

“The situation is getting worse, for me, I strongly believe that they have used the money for the campaign, for the 2020 campaign,” he said.

“Somebody cannot buy cocoa beans in November and as of today, he’s not been paid, we are in April. We have never witnessed such a situation in this country before, we have never,” he added.

“We have not ended the cocoa season so why is it that we cannot get money to purchase cocoa beans, is it a case that they have used that particular money for the campaign,” he quizzed.

Mr Mintah stressed that it was only fair to pay the farmers after the encouragement given them to plant the cocoa.