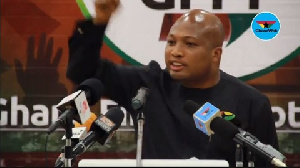 Member of Parliament for North Tongu, Samuel Okudzeto Ablakwa, has said that together with his colleagues from the Volta caucus, they will throng the Ketu South municipality.

The action, he says is to “stand in solidarity with the oppressed and we stand in readiness to confront & defeat bigotry.”

The Minority’s disposition has stemmed from reports of deployment of some security personnel to the area.

The security contingent which includes the military and officials of the Ghana Immigration Service have been deployed into some communities along the Ghana-Togo boarder such as Wudoaba, Korpeyia and Anoenu since Monday, June 22, 2020.

But residents of the area say the presence of the security officials is intimidating and puts them in fear, preventing them from going about their daily activities with comfort.

“We only woke up some two days ago and started seeing these men who are heavily built and are heavily armed in the community. We feel uncomfortable having them around because they are strange faces,” a resident of Wudoaba told Starr News’ Faisel Abdul-Iddrisu.

Although MCE of the area has given assurances concerning the presence of the security personnel, the position of residents remains the same.

“The presence of the security in Ketu South is to protect the citizenry and to maintain peace, law, and order in the municipality,” Elliot Edem Agbenorwu noted.

Members of the Minority in Parliament insist the deployment of the soldiers is to intimidate residents of the Volta region as the Electoral Commission readies to compile a new voters register for the December polls next week.

According to them, the sudden deployment of military personnel to parts of the Volta region is to ensure that the residents feel threatened to come out and register to vote in the elections.

“There is this erroneous perception that every Voltarian who lives or works in Togo is not a Ghanaian. The truth is that some are dual citizens and they have the legal basis to vote as accepted under our laws,” the Minority Spokesperson on Security James Agalga told Starr News Friday.

Taking to social media, Okudzeto Ablakwa hinted that the Volta MP caucus will lead the delegation to the municipality on Monday morning.

“We have resolved that all MPs from the Volta Caucus in Parliament together with some of our national & regional party leaders shall lead a delegation to Ketu South tomorrow morning.

We stand in solidarity with the oppressed and we stand in readiness to confront & defeat bigotry,” he wrote on his wall on Twitter and Facebook. 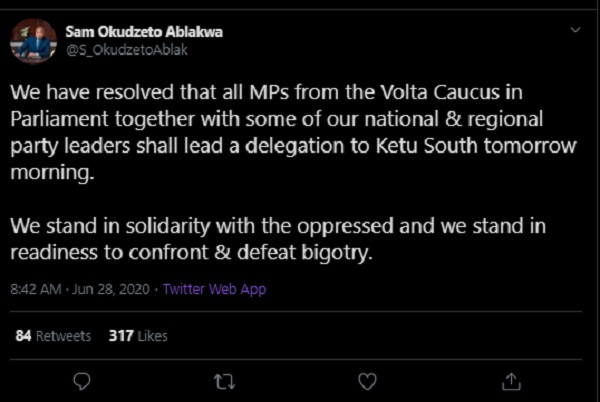