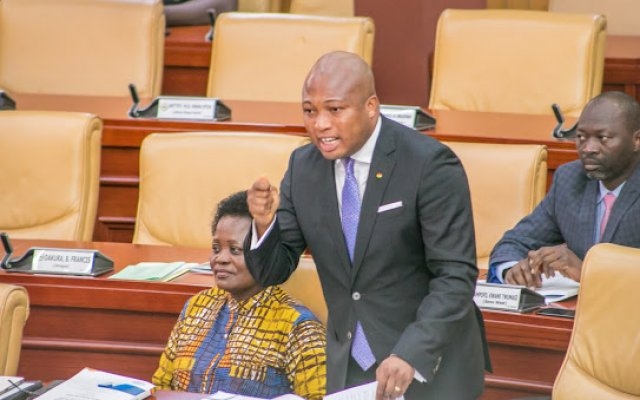 Member of Parliament (MP) for North Tongu, Samuel Okudzeto Ablakwa has said it is inhumane for Ghanaians to be exploited by some government officials for personal profit during a pandemic.

The North Tongu legislator’s comment follows the USD 150 being charged for COVID-19 test at the Kotoka International Airport.

According to the MP, none of the ministers-designate who have so far appeared before Parliament’s Appointments Committee has been upfront with the people about those fronting the COVID-19 test at the airport.

In a post on Facebook on Wednesday, 24 February 2021, Mr Ablakwa noted that: “None of President Akufo-Addo’s ministerial nominees has been frontal or forthright with us on the mysterious Frontiers Healthcare $150 airport antigen test.

“The long-awaited Transport Minister-designate after many former ministers failed to take responsibility claiming to be unaware also says the contract between Ghana Airport and Frontiers is merely about renting space to Frontiers and nothing more. He told us GACL had nothing to do with testing standards and the legal/medical compliance issues.”

The North Tongu legislator continued that: Clearly, the Frontiers deal did not expand the frontiers of transparency and accountability.

It is most inhumane and totally unconscionable for Ghanaians to be cruelly exploited for personal profit by some of our own leaders during a pandemic.”

He however indicated that the opposition National Democratic Congress (NDC) in Parliament will ensure closure is brought to Ghanaians on the issue.

“This is not the end of our mission for answers and accountability.

“The NDC Caucus in Parliament shall pursue this matter to its logical conclusion regardless of whose ox is gored,” Mr Ablakwa wrote.

Previous Baba Jamal clashes with Nana B over Tsatsu Tsikata
Next Accept COVID-19 vaccines – GAMLS to its members, public