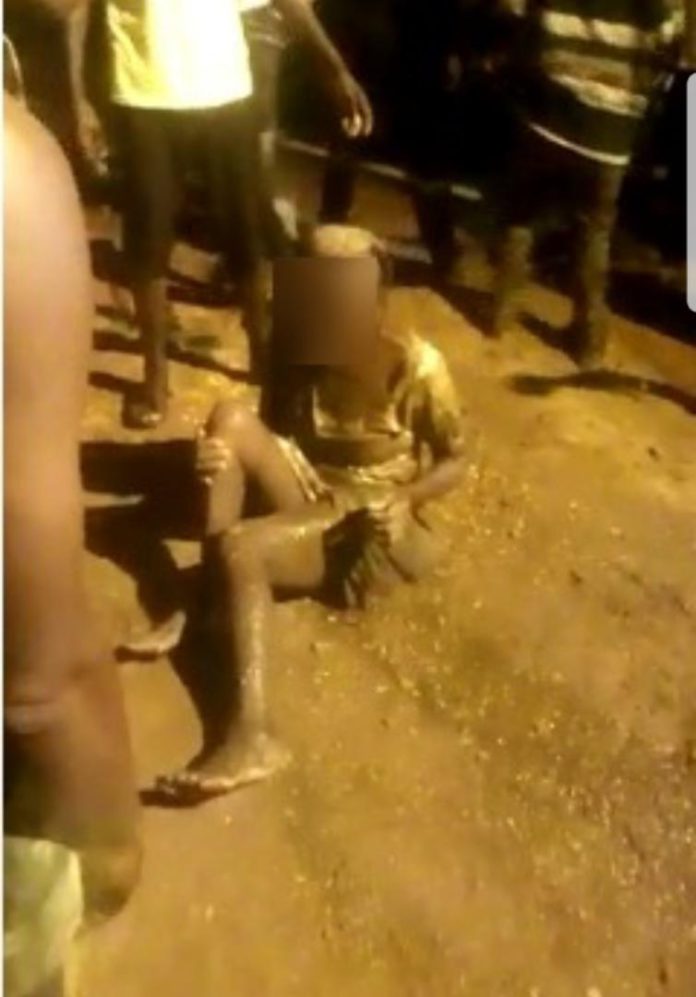 A 45-year-old woman, Yaa Prah, who went missing for three days, has been found trapped inside a public toilet facility at Enyan Asempanyim in the Ajumako Enyan Esiem District of the Central Region.

She was discovered lying inside one of the toilet bowls by a patron who was attending nature’s call at around 5:00am, Tuesday.

Per a narration from the victim’s son, she was last seen three days ago, but there was no search for her as they suspected she had traveled to Mankessim for her usual trading.

However, they were notified by the alarms of residents who embarked on hours-long effort to rescue her.

It took the combined efforts of the Ghana National Fire Service personnel and the rescuers to drag her out of the pit.

Fire commander, BO3 Augustine Cudjoe told Adom News’ Alfred Amoh they could not fathom how the aged woman plunged into the toilet as the seat is too small to allow entry.

He revealed his personnel had to demolish three adjoining toilet slabs before their rescue mission was successful.

Investigations have since commenced into the matter.

Meanwhile, Yaa Prah was rescued unscathed but weak, and doctors from the Ajumako Hospital have confirmed she is fit.